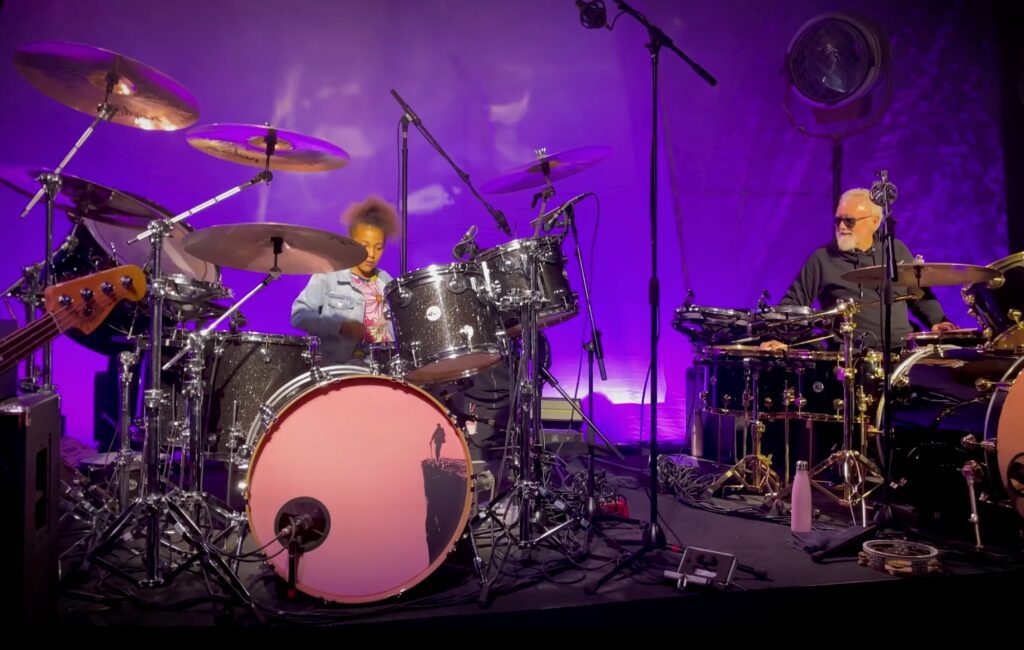 Nandi Bushell has racked up another high-profile collaboration – watch her drum battle with Queen‘s Roger Taylor below.

The 11-year old musician – who has previously performed with the likes of Foo Fighters and Arctic Monkeys drummer Matt Helders, and has covered songs by Nirvana, Linkin Park, Slipknot and Muse – linked up with Taylor in a new video on her YouTube channel.

“To actually get to play with Mr. Taylor. Just wow!” Bushell said in the video, revealing that she got into Queen’s music after covering ‘Bohemian Rhapsody’ aged eight.

“I have just had another INCREDIBLE day!” she wrote alongside the video. “Mr Taylor was so nice and kind to me. We had a little drum battle then we jammed a few Queen songs.

“I am so grateful and truly appreciate all of these unreal experiences! Thank you Mr Taylor!!!”

Accepting defeat in the drum battle, Taylor lay down his sticks and said: “I’m done! I give up!”

Watch the battle unfold below:

Bushell recently lent her skills to a new Cartoon Network commercial, in which the animated and real-world collide.

In the TV station’s ‘Redraw Your World’ commercial, Bushell is seen drumming along to ‘Drawsticks’ – a song written and produced by composers Brian and Melissa – as she travels around the city.

Last month, Foo Fighters frontman Dave Grohl said that watching Bushell play drums was “the true meaning of rock’n’roll”. That is as inspiring as any Beatles record, any Zeppelin record, any AC/DC record, any Stones record.”

In August, Bushell finally got to meet Foo Fighters in person after she joined the group on stage at the Los Angeles Forum for a flawless performance of ‘Everlong’ on a drum kit that was brought to the centre of the stage. Bushell received huge applause both before and after her performance, with fans chanting her name.