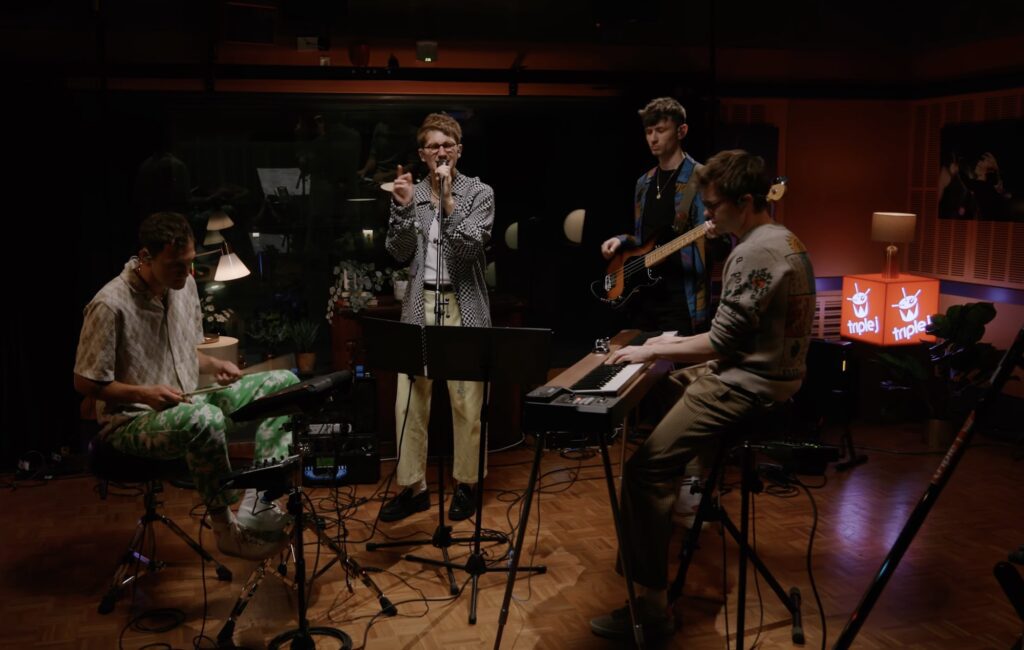 Glass Animals have covered Destiny’s Child‘s ‘Say My Name’ during an appearance on triple j’s Like a Version segment, while in Australia for the Splendour in the Grass festival.

The band also played an emotive, stripped-down version of their ‘Dreamland’ favourite ‘Heat Waves’ – which topped triple j’s Hottest 100 of 2020 countdown – with Bayley accompanied solely by guitarist Drew MacFarlane. Watch both performances below:

Glass Animals aren’t the only UK act to have shared their take on a song for triple j’s Like a Version in recent weeks. Earlier this month, Wet Leg performed a cover of ‘Smoko’ by Australian punks The Chats while appearing on the segment.

During their appearance, the band’s Rhian Teasdale even donned a pair of speed dealer sunglasses, a la Chats frontman Eamon Sandwith. “The Chats are a beacon of joy and fun and not being too serious in a serious world,” Wet Leg’s Hester Chambers said during an accompanying interview.

Earlier this month, Glass Animals announced an intimate London show at the Village Underground on August 25, to ‘re-launch’ 2020’s ‘Dreamland’. The band previewed cuts from the album at the same venue in early 2020, just before the pandemic hit. In a statement announcing the show, Bayley described it as an opportunity to carry out “some of the things that were in our original plan” surrounding the release of ‘Dreamland’.

Meanwhile, Beyoncé released seventh studio album ‘Renaissance’ today (July 29), after previewing it with lead single ‘Break My Soul’ last month. A fan who received a vinyl copy of the album shared an image from an accompanying booklet, in which Beyoncé describes the album as part of a “three act project” that was recorded “over three years during the pandemic”.

Meanwhile, Kelis has claimed her Neptunes-produced 2000 track ‘Get Along With You’ was sampled on ‘Renaissance’ track ‘Energy’ without her permission. “It’s not a collab it’s theft,” the singer has remarked.