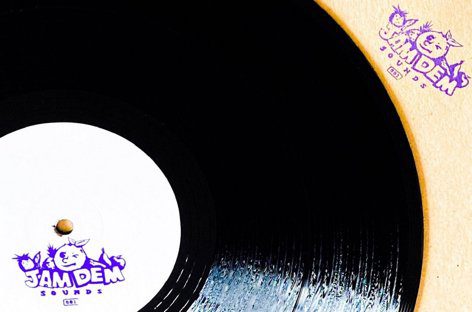 The label is meant as a more open-ended imprint compared to its counterpart Kommuna, focusing on club tracks as well as “unconventional floor-fillers” and “home listening music.” Each release will come as a hand-stamped white label vinyl in a paper sleeve made of recycled materials, featuring a print of a fruit chosen by the artist.

The first release comes from Ease Up George. (He chose blueberry.) His Ease The Mazza EP features five UK garage and footwork-influenced tracks, with the B-side is pressed at 45 RPM, with two tracks made to be played at either speed.

Listen to clips of Ease The Mazza and check it out at Bandcamp.

Tracklist
A1 Blazin’ For Freedom