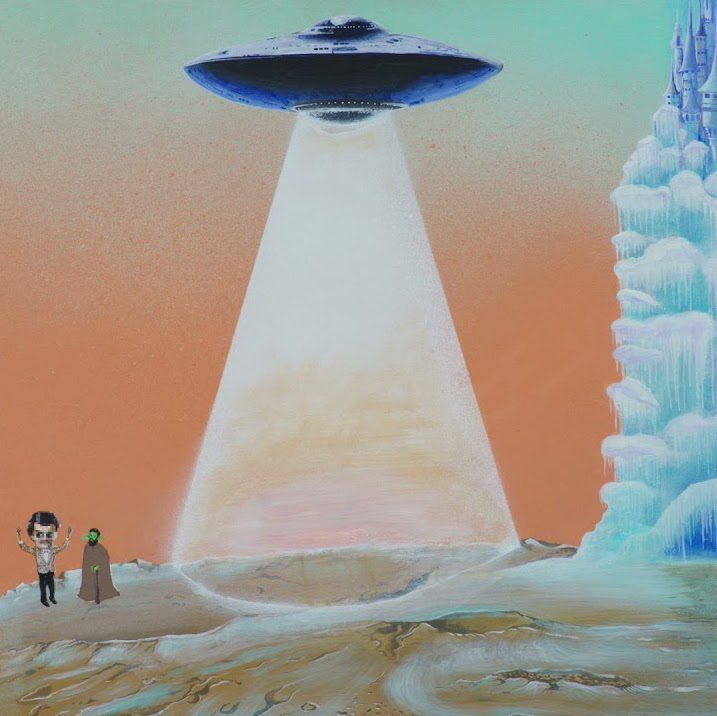 Your Old Droog has been busy lately. Late last year, the Brooklyn rapper released his album Dump YOD: Krutoy Edition. Earlier this year, he followed that album with a new one called Time. In between those two solo LPs, Droog teamed up with Tha God Fahim for two collaborative projects, Tha Wolf On Wall St. and Tha YOD Fahim. Now, Droog has another new album on the way.

Earlier this month, Droog released a one-off single called “Yuri.” Today, he’s shared another new track, and this one is a team-up with two other great underground rap veterans. Presumably, both of these songs will end up on Droog’s next album. We don’t have the details on that LP yet, but according to the YouTube description for new track “Meteor Man,” Droog’s next album will be up for pre-order later today.

In the meantime, “Meteor Man” is a meal by itself. Droog raps on the track the track with billy woods, one half of the great duo Armand Hammer, and Lil Ugly Mane, the DIY rap innovator who just returned with his self-released new album Volcanic Bird Enemy And The Voiced Concern. The three rappers go in over a beat, from producer Sadhugold, that sounds like a train whistle. Droog: “You can’t compare a damn hut to a pyramid/ Michelin-star restaurant to Panera Bread.” Lil Ugly Mane: “Politicians, cut ’em ‘cross the throat, not a bad decision/ Shove my middle finger in the fuckin’ stab incision/ Then drip my bladder’s piss all on your fuckin’ flag traditions/ Need a asteroid with a fast collision, wipe out every bastard livin’.” billy woods: “Sip a tall glass of female ejaculate/ I’m different from the rest/ Just say he the best.” Good song! Listen below.