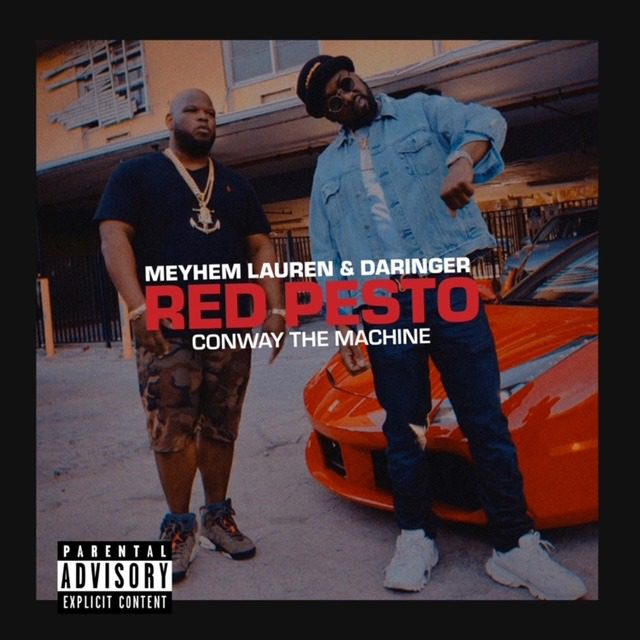 Queens rapper Meyhem Lauren is best-known for teaming up with his friend Action Bronson, both on record and on television. But Lauren also has a long career of his own, and he’s released collaborative albums that he recorded with producers like DJ Muggs, Harry Fraud, and Buckwild. Next month, we’ll get another one of those. Lauren teamed up with Daringer, the producer best known as the main in-house guy at Griselda Records, for the new LP Black Vladimir.

On Black Vladimir, Lauren and Daringer work with a ton of their friends and contemporaries, including Action Bronson, Westside Gunn, Flee Lord, ElCamino, and Hologram. On lead single “Red Pesto,” Lauren and Griselda mainstay Conway The Machine, who’s been having an extremely busy hear, team up to talk hard over a sputtering, clanking Griselda beat. Check it out below.

Black Vladimir is out 8/26 on Lauren’s own label Black Truffle Enterprises.