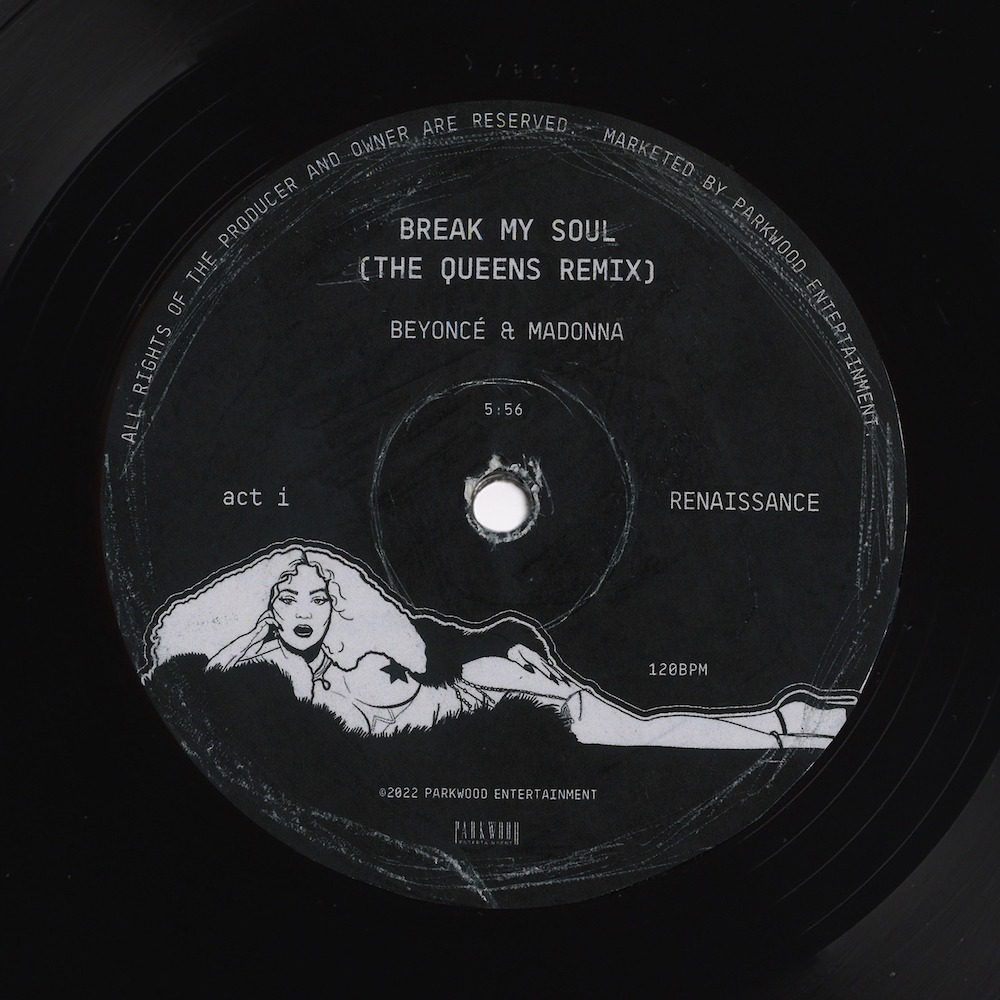 Madonna also happens to be on another just-dropped remix — this one belongs to Saucy Santana, who brought Madge on for a remix of his 2020 track “Material Girl.” The updated version is called “Material Gworrllllllll!” Likewise, this past week Beyoncé dropped a four-track remix EP featuring a handful of “Break My Soul” remixes from will.i.am, Terry Hunter, Honey Dijon, and Nita Aviance (the “Break My Soul” update with Madonna appears to be a one-off). Listen to all of those remixes below.