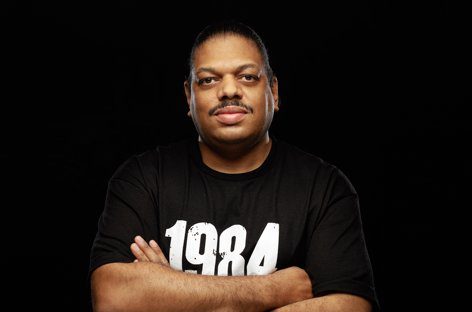 Kerri Chandler has announced a live show called Spaces And Places at The Roundhouse in London on November 28th, 2021.

The concept continues Chandler’s work with reel-to-reel tape DJing, which he showcased earlier this year in an RA Session. It’ll be his first-ever public performance using four machines in the format, his love of which is inspired by both his family and watching DJs like Frankie Knuckles and David Morales mix on the tapes back in his formative years.

The six-hour event will run from 4 to 10 PM, featuring custom projection mapping designed to fit the venue’s round shape (it’s apparently the official debut of this kind of technology, developed by Panasonic). Vocalists for some of the songs Chandler plays will also appear in the form of holograms—something that he’s done before.

In 2017, Chandler released a DJ-Kicks mix CD. And last April, we ran a Rewind review of one of his classic records, 1990’s Super Lover.