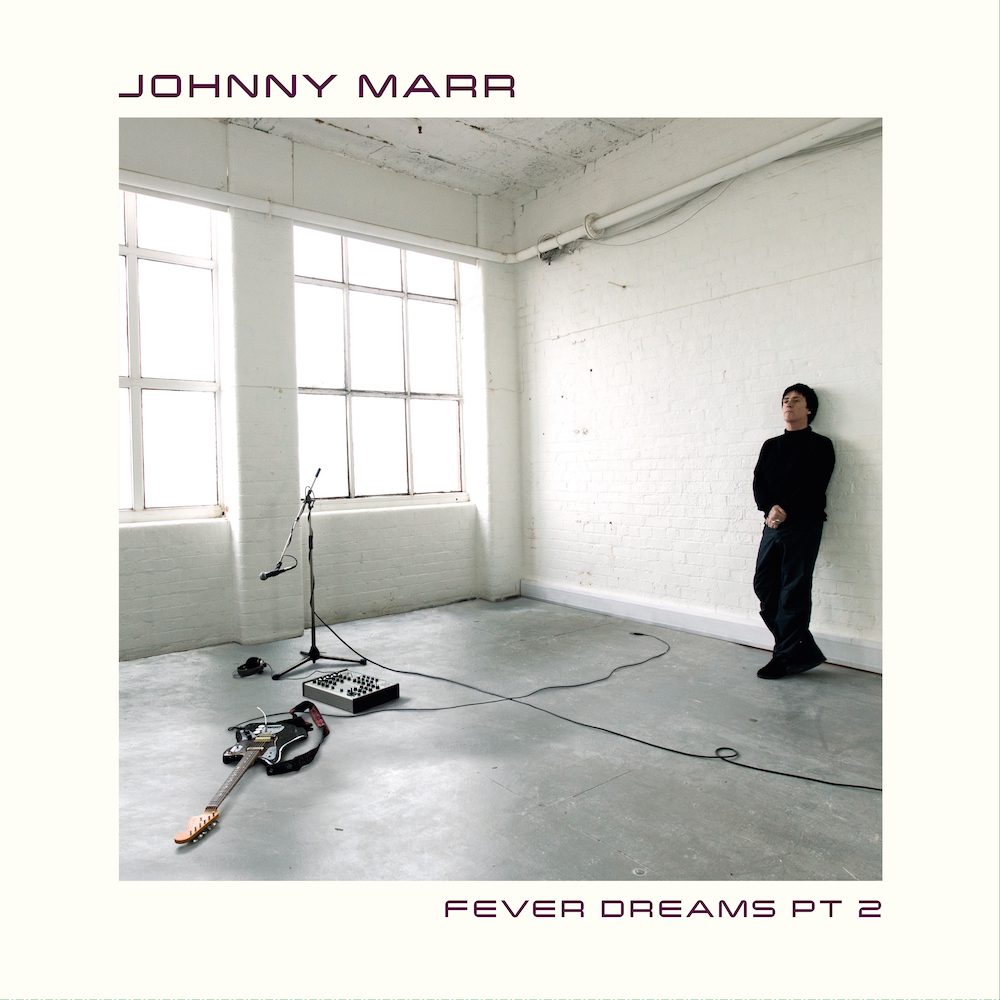 Back in August, Johnny Marr returned with a new song called “Spirit, Power And Soul.” It was the opening salvo for an EP called Fever Dreams Pt 1, in turn just the first installment of what will eventually become the Fever Dreams Pts 1-4 double album next year. (We talked to Marr about the album, and many other projects, in a recent We’ve Got A File On You interview.) Today, he’s back with news of Fever Dreams Pt 2. That EP will be out next month, and Marr has shared two new songs from it.

Marr’s latest tracks are called “Tenement Time” and “Sensory Street.” While the latter is “the story of a surreal 48 hours in subterranean England,” Marr says “Tenement Time” is inspired by “the experience of growing up in the inner city as a little kid, running around being quite wild. This idea of ‘Forever, forever is mine’ — it’s about running around Ardwick, bunking into warehouses and getting chased. That was the first time I was self-consciously into culture: around people who wore certain clothes, and it was part of being a little Manchester boy, really. I have a real romanticism about that period of my life.”

Check them out below.