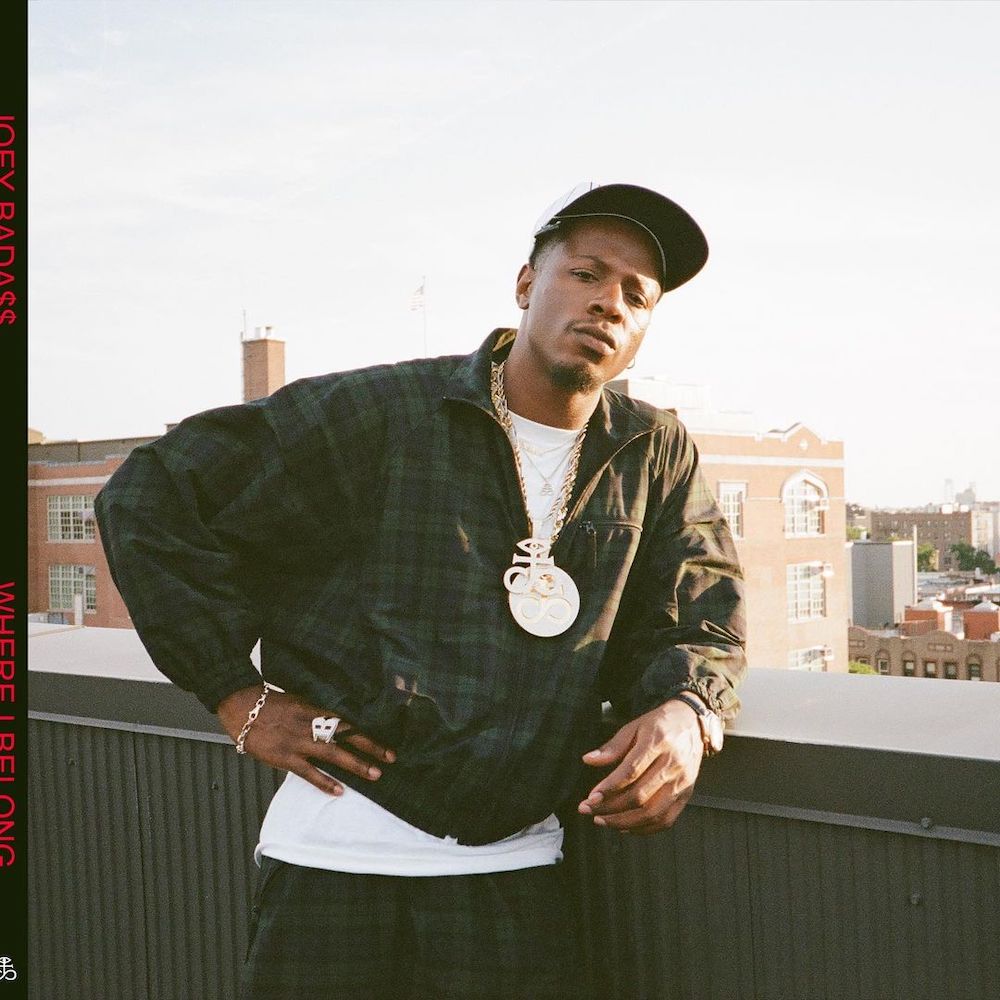 Brooklyn boom-bap revivalist Joey Bada$$ is only 27, but he’s been in the game for well over a decade; his breakthrough mixtape 1999 celebrated its 10th anniversary last month. Last month is also when Joey was supposed to release his new album 2000, his first since 2017’s All-Amerikkkan Badass. Because of sample-clearance issues, Joey had to push the new album’s release back, and it’s now set for release later this month. Today, we get a new single.

The new track “Where I Belong” is the second single from the new Joey album, following “THE REV3NGE.” On “Where I Belong,” Joey raps over a loping Statik Selektah beat about making it out of tough circumstances and about carrying that awareness with him everywhere. The song already has a very ’90s aesthetic, and the Waqas Ghani-directed video pushes that even further, with its VHS-looking film stock and its gold jewelry and its skate-park location. Check it out below.

2000 is out 7/22 on Pro Era/Columbia. Joey recently appeared on new singles from Chance The Rapper and from Black Thought and Danger Mouse.