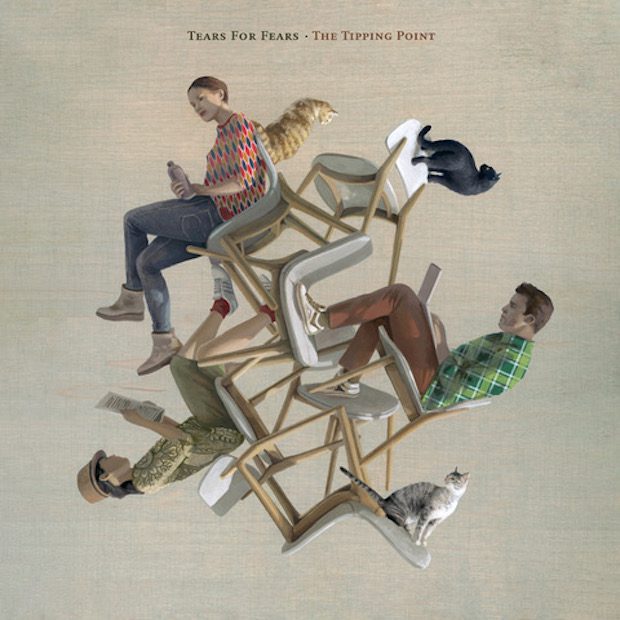 Tears For Fears — maybe you’ve heard of them? The synth-pop greats, anchored by Roland Orzabal and Curt Smith, have been on the ’80s nostalgia touring circuit for a long while now, and along the way they’ve put out some previously unreleased songs through a a greatest hits collection and some reissues. But today, Tears For Fears are announcing their first new full-length album since 2004’s Everybody Loves A Happy Ending, making it their first album in just about 17 years. It’s called The Tipping Point and it’ll be out on February 25.

“Before everything went so right with this album, everything first had to go wrong, it took years, but something happens when we put our heads together. We’ve got this balance, this push-me-pull-you thing – and it works really well,” Orzabal said in a press release. Smith added: “If that balance doesn’t work on a Tears For Fears album, the whole thing just doesn’t work. To put it in simple terms, a Tears For Fears record and what people perceive to be the sound of Tears For Fears – is the stuff we can both agree on.”

The pair worked with frequent collaborator Charlton Pettus and musicians Sacha Skarbek and Florian Reutter on the album. Today, they’re sharing its lead single, which also just so happens to be its title track. Listen to “The Tipping Point” below.

The Tipping Point is out 2/25 via Concord Records. Pre-order it here.