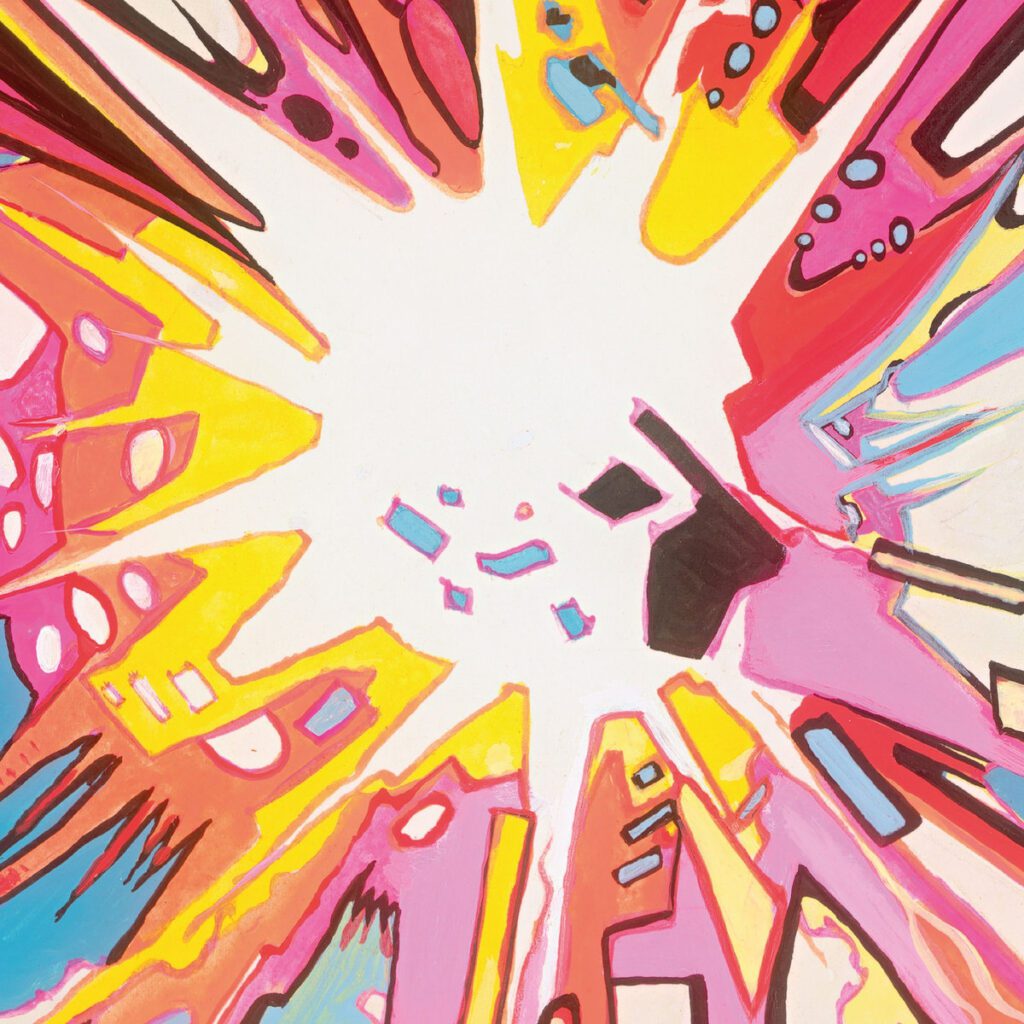 BEAK> — the trio of Geoff Barrow, Billy Fuller, and Will Young — wrote and recorded a soundtrack for the new graphic novel Kosmik Musik by writer Ben Wheatley and artist Joe Currie. The music is officially out this Friday, but it hit Bandcamp today. It can be experienced as one 21-minute piece or broken up into seven shorter tracks. Here’s how the story is described:

The galaxy is a big place – but not big enough for Mick and Eve as they are chased across it by cops, inter-dimensional plunderers, rogue artificial intelligences, middle-aged assassins and a third-tier superhero team.

Come with us on a rip roaring, planet hopping adventure. Punches will be thrown, tears will be shed and music will be played on vinyl on vintage record players as Mick and Eve try to solve every sentient creature’s fundamental questions like why and what… and eh?

Yes, dear reader, Kosmik Musik will unlock some of the more pressing mysteries of the universe. True Fact.

Sounds like fun! The music, though, is as artfully heady as BEAK> compositions tend to be. (Not that that can’t be fun too.) Hear it below.