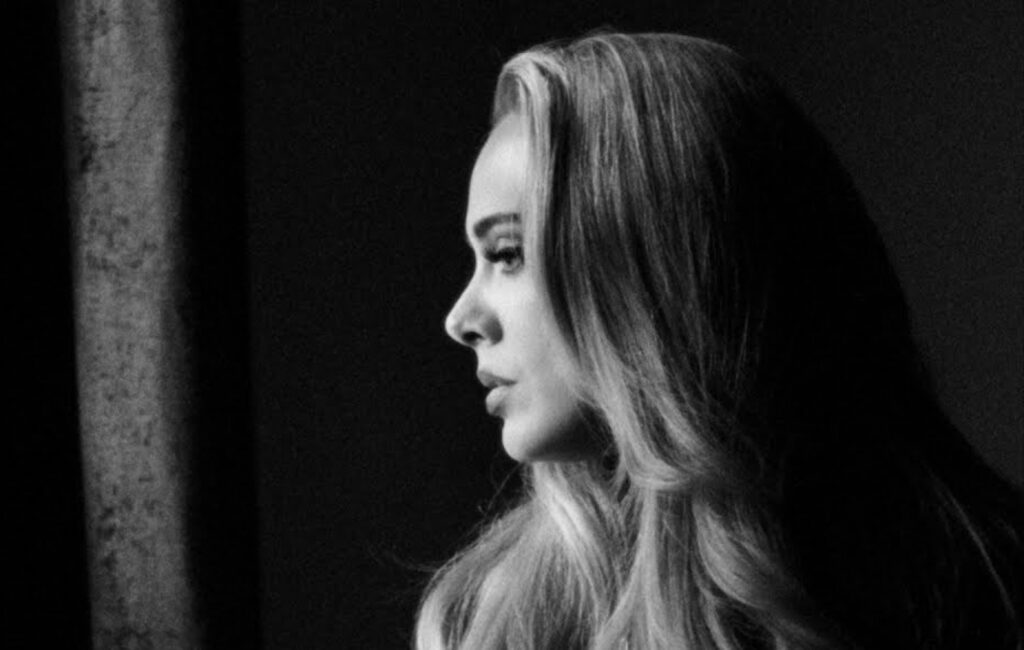 Adele has shared a blooper reel from the shoot of her ‘Easy On Me’ video – you can watch it below.

The singer released the comeback track and its accompanying black-and-white visuals last month (October 15) as the first preview of her fourth album, ’30’, which comes out on November 19.

Taking to social media today (November 4), Adele posted a two-minute collection of outtakes. “It’s all smoke and mirrors!” she wrote as the caption. “Here’s all the bloopers from the Easy On Me video.”

The clip begins with the star looking into the rearview mirror before unsuccessfully attempting to put a cassette into the car’s stereo. “Do it again,” the director says as Adele sighs.

“This fucking coat!” she complains in a later scene. Towards the end of the bloopers, we see Adele behind the wheel: “I don’t know how long to close my eyes for ’cause I’m driving, obviously.”

You can view the blooper reel here:

Earlier this week, Adele announced an ITV special called An Audience With Adele. It will see her perform new and classic tracks at the London Palladium.

The singer recently revealed the full tracklist for ’30’. The album features song titles such as ‘Strangers By Nature’, ‘Oh My God’, ‘I Drink Wine’ and ‘Love Is A Game’. A Target bonus edition will boast three extra tracks including a duet with Chris Stapleton.

Next summer, Adele will make her UK live comeback with two headline appearances at British Summer Time in Hyde Park. Tickets for both events have now sold out.