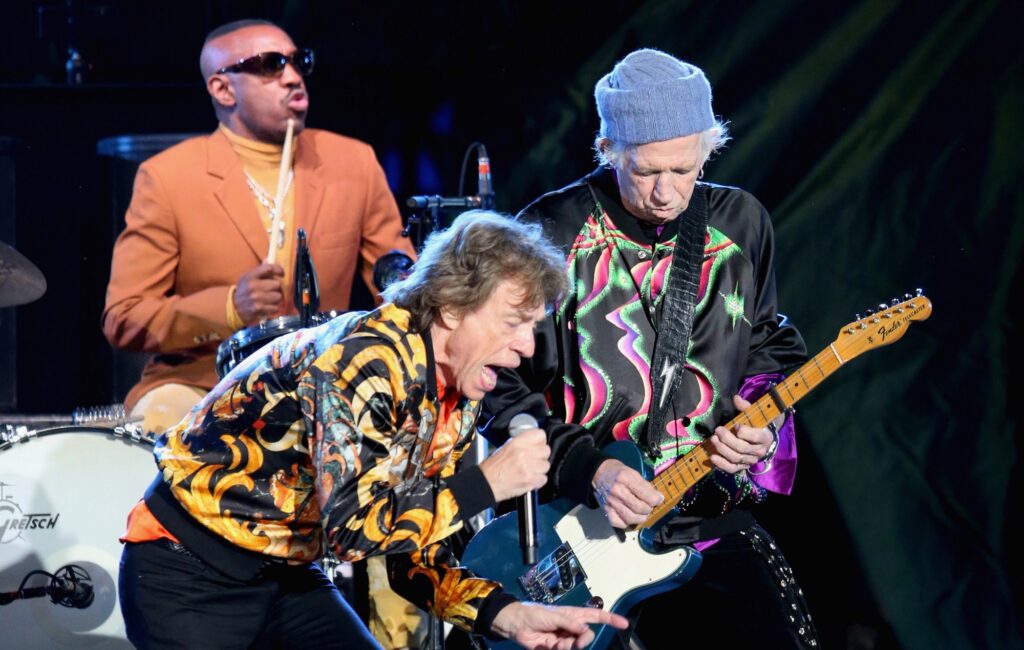 The Rolling Stones have shared another teaser as speculation grows around a possible UK and European tour.

The legendary band, who last toured in the UK in 2018, prompted whispers of a return to these shores yesterday (March 11) by sharing a video featuring their iconic logo being displayed across various locations – including London, among other EU cities.

“Can’t You Hear Me Knocking,” they captioned the clip.

Today (March 12), Stones frontman Mick Jagger added more fuel to the fire by uploading visuals depicting an iMessage chat between himself and bandmate Ronnie Wood. “Hey Ronnie it’s all been confirmed!” Jagger wrote in the first text. “You ready? MJ.”

In response, the guitarist enthusiastically said “Yeah!!!” followed by a series of emojis. Jagger then explained that Keith Richards was “going to meet us there”, with Wood replying: “See you soon!!!”

The latest teaser is once again soundtracked by ‘Can’t You Hear Me Knocking’, which appears on The Rolling Stones’ 1971 album ‘Sticky Fingers’. It was subsequently retweeted on the band’s official Twitter page.

Check it out here:

Back in December, the Stones played an intimate London show in tribute to their late bandmate Charlie Watts, who died last August aged 80.

Jagger, Richards and Wood were all in attendance at the special event at Ronnie Scott’s in Soho, as was the band’s former bassist Bill Wyman along with a number of Watts’ family and friends.

Following the death of their longtime drummer, The Rolling Stones embarked on their US ‘No Filter’ tour with Steve Jordan filling in on the drums. The group dedicated their first show of the run to Watts, with Jagger telling the crowd: “We’ll miss Charlie so much, on and off the stage.”

Jordan, who initially stepped in so that Watts could recover from surgery, is now The Rolling Stones’ permanent touring drummer.