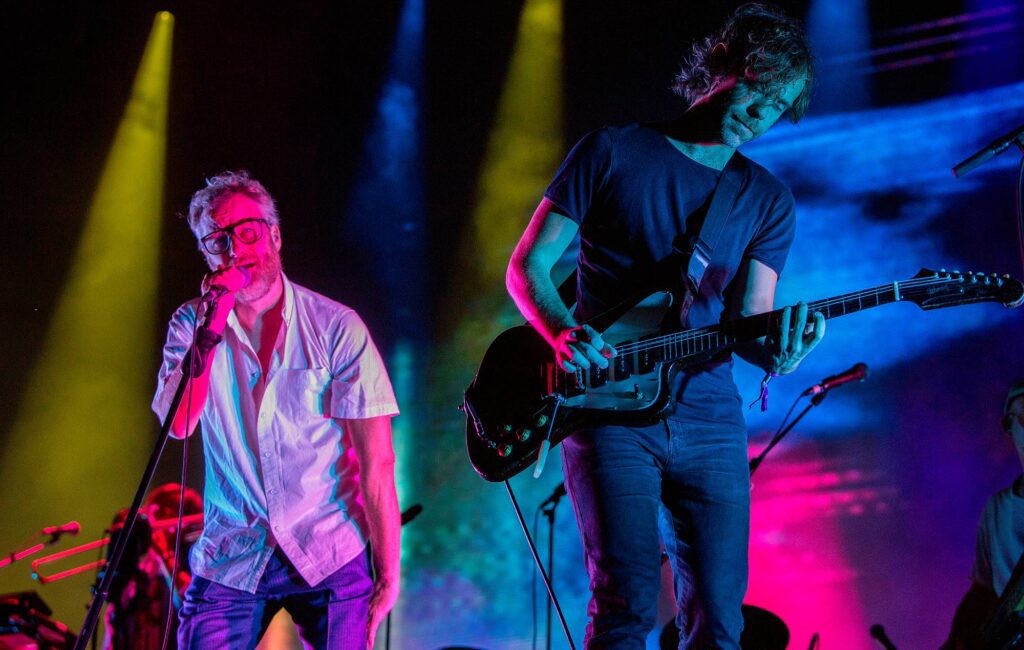 The National‘s Bryce Dessner has said that the band’s upcoming new album harks back to their “classic” sound, as well as having a “lot of energy in it”.

The guitarist and composer was speaking to The Up Coming about his and the band’s work on the music for the new Peter Dinklage-starring movie adaptation of Cyrano when he was asked when new material would arrive from The National.

Admitting that he “wasn’t sure when new music will come”, Dessner did insist that they were “working on it” and it should be “imminent at some point” ahead of the band’s packed summer of festivals and live dates – as well as revealing that it would take a much more stripped-back approach than the lush predecessor of 2019’s ‘I Am Easy To Find‘.

“It’s all very exciting: it kind of feels back to the classic National sound in a way, which was really just the five of us, and it has a lot of energy in it,” said Dessner. “Maybe it’s like bursting out of the closed doors of COVID or something? I don’t know. But we’re excited and I would think it would be imminent at some point.”

He continued: “We do have a concert scheduled for next summer. By then it will have been the longest period of time, I think, by times two, that we’ve ever not played a show. So even right now, we’re at two years, fully two years since the last National show, which is in 20 years the first time we’ve ever done that long.”

Dessner’s comments appear to echo those of frontman Matt Berninger, who told NME in 2019 that they had some “rockier” songs from their last record that they may “get out of the freezer”.

Drummer Bryan Devendorf then told NME in 2020 that he wants the band’s next album to be a “stripped-back rock record” in a similar vein to IDLES.

“I think it’s back to the drawing board,” said Devendorf. “We’re starting from the bottom of the mountain.

“Personally, I’ve always wanted to strip it back and do minimalist stuff like IDLES – they’re one of our new favourites. I love their production and their music.”

In the years since their last record, The National and its members have embarked on a wide range of projects. The band collaborated with Taylor Swift, with guitarist Aaron Dessner acting as producer on her albums ‘Folklore’ and ‘Evermore’. Aaron also released another album with Bon Iver as Big Red Machine, while Devendorf released a surprise record as Royal Green and Berninger released his acclaimed debut solo album ‘Serpentine Prison‘.

The National’s busy live schedule for 2022 includes headline appearances at All Points East Festival in London and Primavera Sound in Barcelona. Visit here for dates, tickets and more information.