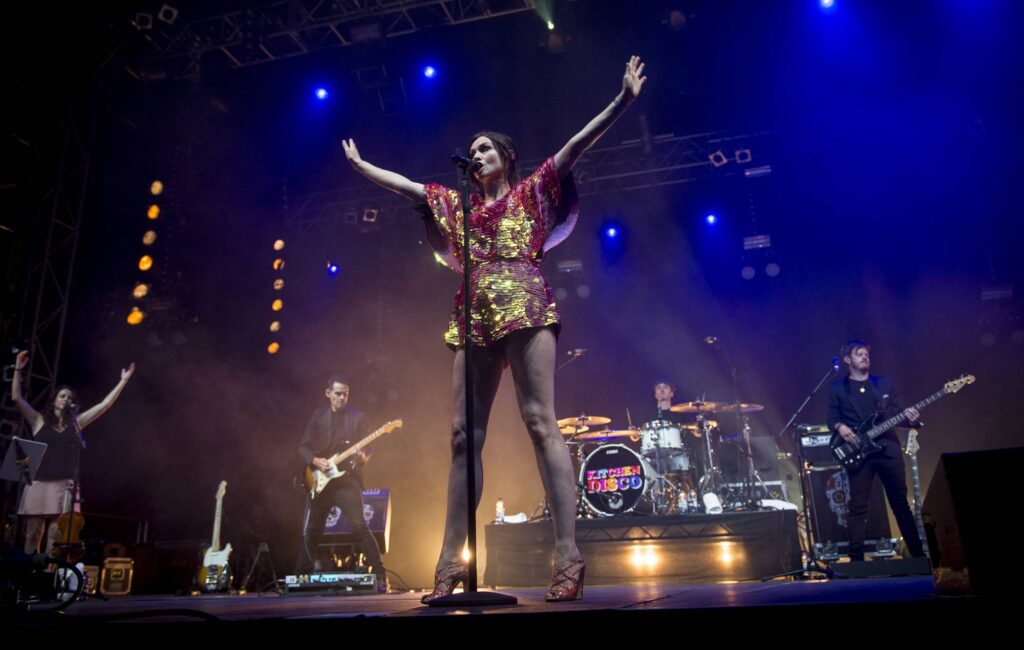 Sophie Ellis-Bextor has raised over £1million in a 24-hour charity dance marathon for Children In Need.

Ellis-Bextor started dancing on Tuesday morning (November 16), moving non-stop for an entire day and night. Along the way, she performed karaoke to several tracks, did routines with a ribbon, sang with Tony Blackburn and changed into various sparkly costumes and animal masks.

The challenge was streamed live on BBC iPlayer, with the star dancing to tracks she chose herself by the likes of Abba, Beyoncé and Take That.

She was cheered on by her husband Richard Jones, their five young sons and her mother, former Blue Peter presenter Janet Ellis. She also received support along the way from friends including Natalie Imbruglia, Tamsin Outhwaite, Gemma Collins and Michael Ball.

Ellis-Bextor managed to keep going during the marathon, despite hitting a wall as she entered the final hour. “I thought, ‘Oh my goodness, maybe I am going to fall into a heap on the ground’. And then I was like, ‘Would people feel sorry for me, or would they want their money back?’”

She became increasingly emotional as she neared her final step, which she appropriately took to Abba’s ‘Dancing Queen’. “It’s actually been really fun,” she said. “It’s been an honour – but am I allowed to not dance or talk to people any more?”

After, BBC Radio 2 breakfast host Zoe Ball revealed that the singer had raised £803,384 for children’s charities across the UK – a total which increased to £1,009,317 an hour later, and continues to rise. “That is phenomenal,” Ellis-Bextor said. “Thank you so much.”

"I want to thank everybody for giving me the opportunity. This has been really special…"

We are SO proud of you, @sophieEB – you've done it AND you've now reached an incredible £1,009,317! ❤️✨😮 #R2KitchenDisco pic.twitter.com/QyAivfibTn

The challenge was inspired by her Kitchen Disco sessions which she livestreamed from home during the 2020 lockdown. At the end of last year, she revealed that she was “halfway through” finishing her new album.

“I’ve done enough dining out on what I did in the past with the discos,” she said. “What we’re doing is sort of quite proggy pop. I do love dance music but I want my albums to reflect where I am at and I’ve done enough of singing about fancying people in clubs. It’s just not really how I live my life any more, as people can tell from my kitchen discos.”

Meanwhile, Skepta and Sophie Ellis-Bextor teamed up last year for a special live performance of the former’s track ‘Love Me Not’.