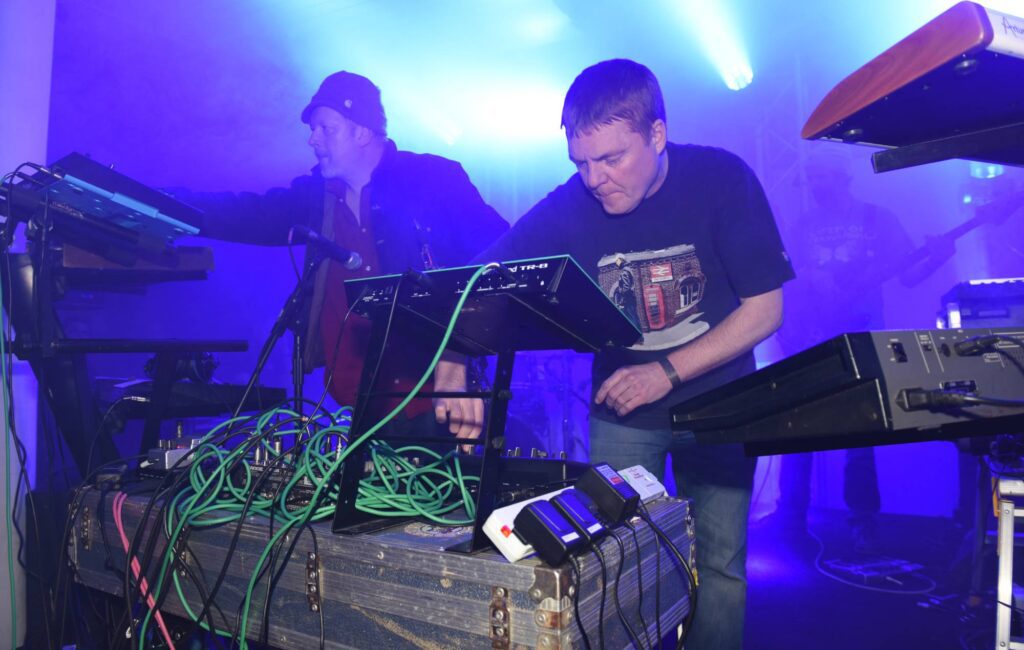 Police have made an appeal over the final movements of 808 State‘s Andrew Barker, who died last weekend.

No details of the bassist and keyboard player’s death were revealed following his passing but in a lengthy statement, Greater Manchester Police’s Stockport division have now confirmed he was “found unresponsive on Peel Moat Road, Heaton Moor, just after 3pm” last Saturday (November 6).

The statement added: “There are not believed to be any suspicious circumstances surrounding Mr Barker’s death but detectives are trying to piece together the circumstances immediately before he died.”

But they have issued an appeal to try and trace a man who may have come to Barker’s aid before he was “found unconscious in the street.”

#APPEAL | Detectives want to speak to a person who may have come to the aid of a man before he was found unconscious in the street. Andrew Barker died after being found unresponsive on Peel Moat Road, Heaton Moor, just after 3pm on 6 November. More here – https://t.co/PdWRAQcrrj pic.twitter.com/qw2FCkTXCq

According to the police, Barker was seen just before 2pm on York Road heading towards Brownsville Road wearing a blue, hooded jumper under a black, hooded Adidas coat, blue jeans and dark trainers.

At 2.48pm, he is seen returning to York Road from Brownsville Road wearing the same clothes but with a white bandage wrapped around his head.

Detective Inspector Ian Wrench, of GMPs Stockport division, said: “In the time prior to his death it is believed someone has assisted Mr Barker with first aid. We would like to speak to that person to try and work out where Mr Barker went in that 50-minute period and what happened.

“In that window we believe he could have been anywhere in and around the Heaton Moor/Heaton Chapel/Levenshulme area. We would like to trace the person who may have administered first aid to Mr Barker and put the bandage on his head.”

Its with a heavy heart to inform you of the passing of Andrew Barker . "His family and friends asks that people respect their privacy at this time but remember him for the joy he brought through his personality and music. You’ll be sadly missed” pic.twitter.com/cPR8W3byJl

Barker was a member of acid house pioneers 808 State, initially formed by Graham Massey, Martin Price and Gerald Simpson in 1988. Andrew Barker and Darren Partington, known as the Spinmasters, joined the group in 1989 following Simpson’s departure to start his solo project, A Guy Called Gerald. Partington left the band after being jailed for 18 months in January 2015 for drug dealing.

Posting on Twitter following Barker’s death, the band said: “It’s with a heavy heart to inform you of the passing of Andrew Barker. His family and friends asks that people respect their privacy at this time but remember him for the joy he brought through his personality and music. You’ll be sadly missed.”

808 State released their debut album ‘Newbuild’ in 1988 and went on to release a further five studio LPs, which also included collaborations with artists like Guy Garvey, Bernard Sumner, James Dean Bradfield and Björk. The group are renowned for hits including ‘Pacific State’, ‘In Yer Face’ and ‘The Only Rhyme That Bites’ and their last album, ‘Transmission Suite’, was released in 2019.

Tributes were paid to Barker by a host of fellow artists including Happy Mondays and DJ Dave Haslam.