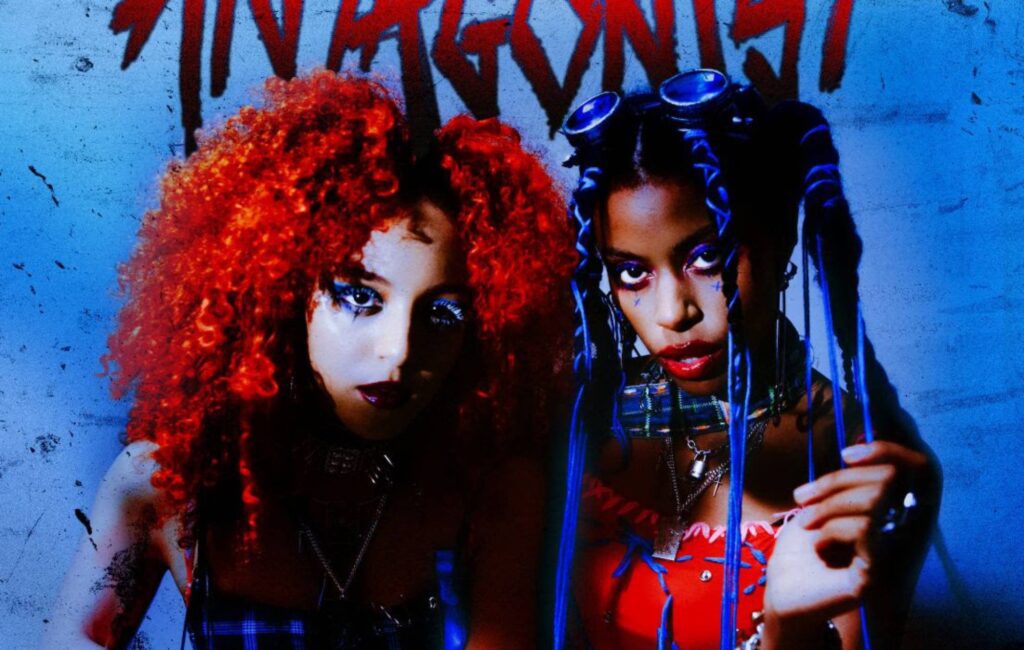 Nova Twins have shared a video for their latest single ‘Antagonist’ – you can watch it below.

The new clip finds the duo – recently hailed by Tom Morello as “an incredible band who deserve to be huge” in an interview with NME – bouncing around a variety of colourfully-lit rooms with hooded and tied up figures nodding in the background.

“‘Antagonist’ is a defiant tune about self-belief; how you can summon the inner strength to be ready for whatever comes at you,” the band explained in a press release. “It’s the army that surrounds you wherever you go. The entire song was pulled together during a jam session.

“Having spent all of lockdown writing tracks remotely over computers, it was really exciting to capture this spontaneous energy together in the studio, as well as the nuances coming from our boards. We made sure not to lose any of this magic on the record.”

The pair made a surprise appearance in London last weekend (November 6), performing from an open-top bus at the Camden Stables as part of an impromptu setup organised by Climate Live.

The concert was held to raise awareness for Climate Live’s COP26 petition, encouraging Londoners to call on world leaders to improve their action on climate change. Nova Twins headlined the show, performing alongside the likes of Hitchin indie-rockers Second Thoughts and DJ sets from Girli and July Jones.

Nova Twins are due to officially hit the road for a UK tour in 2022 – tickets are available to buy here. Before that they will join Sleaford Mods and Enter Shikari as support on their forthcoming tours.