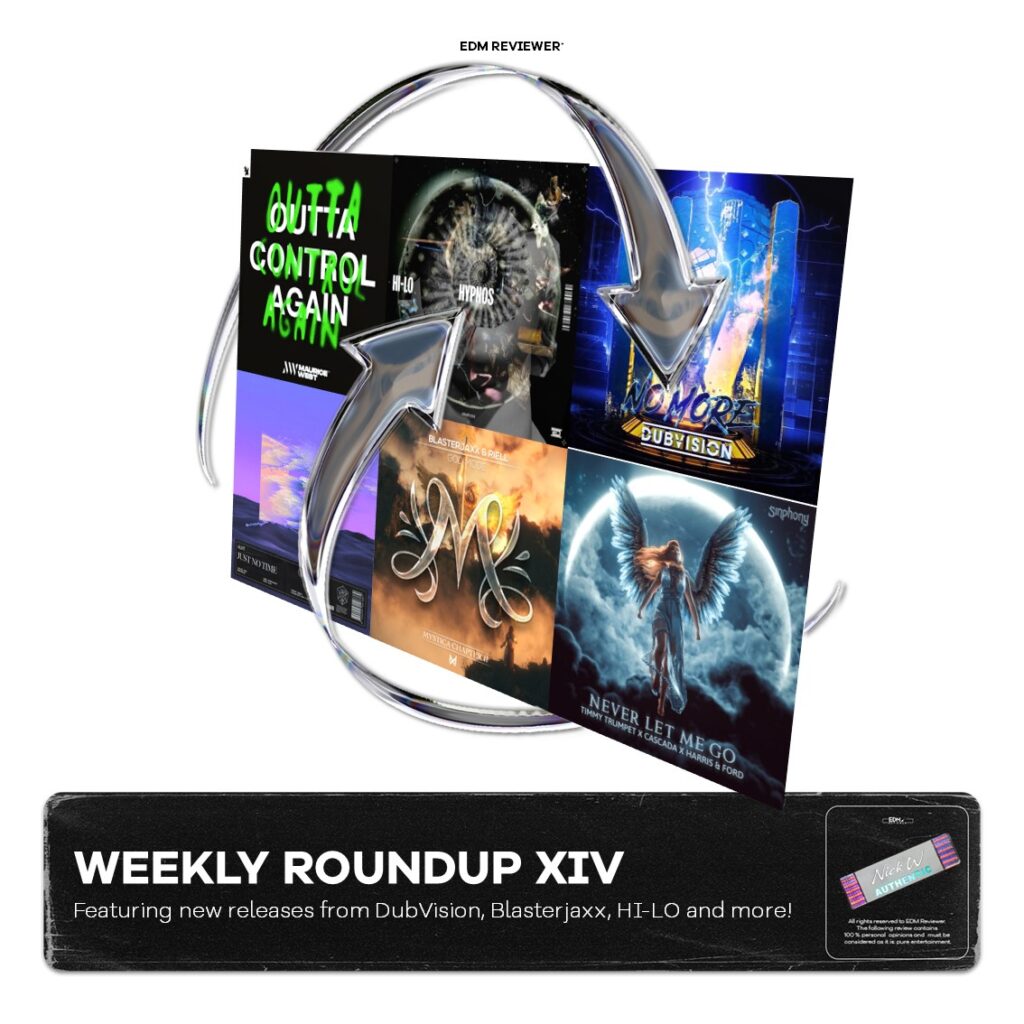 And just like that, we are officially in November. The eleventh month will definitely see some final releases for the year coming from major names, as most labels (and music distributors alike) are likely to take a break during the holiday season. So the coming Fridays will be packed than usual, including the one covered here. Dubvision, HI-LO and Blasterjaxx are among the few talked in this week’s roundup, so let’s begin.

Opening the article for a consecutive time, the Leicher brothers are back at it: this time debuting in the prosperous Rave Culture. As the occasion would call it, the Dutch duo traded their anthemic progressive house for Future Rave (reminded me of the erstwhile METAFO4R). 90s rave-inducing chords adjoin the sawtooth synths made renowned by MORTEN, with a festival breakdown.

“No More” shows the capable skillset involved here, attesting to the pair’s genuine history with Big Room and other forms of Electro House.

Dreams came true for an anxiously awaiting Oliver Heldens when Drumcode, one of the esteemed Techno imprints to ever exist, signed his productions. “Hera”, which comes alongside “Hypnos”, continues the series of innovative tracks in the said genre that HI-LO began some time ago.

Dancing riff known to the Dutch heavyweight’s signature comes paired with gritty percussions and heavy kickdrums with a shimmering lead sound, making up fairly for a resonating peak-time record that Adam Beyer’s label is known for offering regularly. There’s no stopping Heldeep’s proprietor, that’s for sure!

After a few months of radio-silence, Maurice West has broken the hiatus with a smashing new single. “Out Control Again” is the Dutch solo act’s attempt at steering away from his comfort zone into something that reaches straight for the middle ground between commercial and club-ready music.

The production has a fetching vocal (is that you singing, Maurice?) that leads up for a deep house groove, with a notable use of the “Faithless” (by Insomnia) lead preset. While we have grown a much distaste towards this sort of style thanks to proliferation of Slap House, this a refreshing take on a trending format, with the creative stamp you would expect from him.

Sinphony records has been on our good books mostly, as the Spinnin’ sub-label continues to be the experimenting terrain for Trimmy Trumpet. Collaborating with Eurodance luminary Cascada and German duo Harris & Ford, “Never Let Me Go” aims to re-create the nostalgic sounds of early 2000s.

The formula is simple here: good vocals and pulsating beats. Both of them are fulfilled here, although I might be the only one missing those intense flow from Cascada’s earlier hits. Nonetheless, the standards are met and hence this song deserves the recommendation for fans of the upbeat genre.

“God Mode” slacks no pace, as the naming would probably suggest. Featuring a charming vocal from the songstress RIELL, the instrumental checks mark on boisterous synths and uplifting breakdowns that the Dutch veteran deliver unfailingly. While the intro begins with a parade of drums, fitting to their theme of “Mystica”. All in all, Blasterjaxx have added yet another banger to their already lengthy list of this year’s releases.

Not sticking to one domain of electronic music, the American up and comer ALRT captured my attention with his latest release at STMPD. “Just No Time” is a funky nu-disco/Bass House hybrid that shuffles in-between snappy synth-stabs, glimmering chords and groovy guitar licks, all under one song. Talk about variety on the platter, eh?