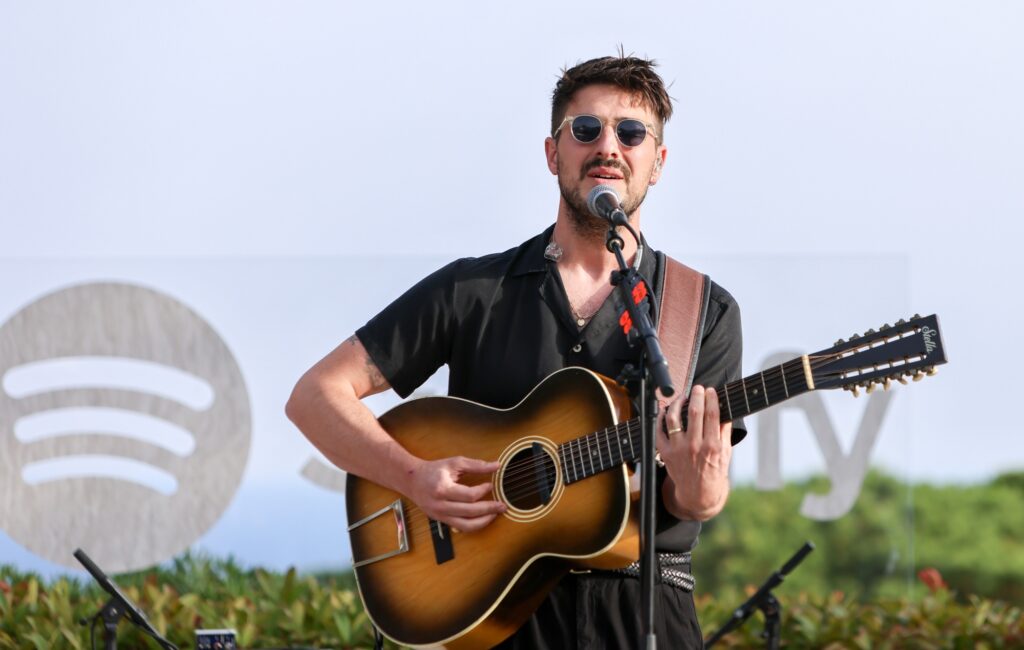 Marcus Mumford has opened up about how his recent track ‘Cannibal’ deals with his childhood experience of sexual abuse.

The Mumford & Sons frontman released the song last month as the first preview of his debut solo album ‘(Self-Titled)’, which is due for release on September 16 via Island. It arrived with a Steven Spielberg-directed official video.

In a new interview with GQ, Mumford spoke about the direct nature of the ‘Cannibal’ lyrics. The stripped-back acoustic cut begins with the lines: “I can still taste you and I hate it / That wasn’t a choice in the mind of a child and you knew it.”

“Like lots of people – and I’m learning more and more about this as we go and as I play it to people – I was sexually abused as a child,” the singer-songwriter told the publication. GQ noted that Mumford was six years old at the time.

He continued: “Not by family and not in the church, which might be some people’s assumption. But I hadn’t told anyone about it for 30 years.”

The musician went on to recall how he’d played ‘Cannibal’ for his mother, despite having kept the traumatic experience to himself until then. “The power of the mind, man,” he added.

His mum then came back to him a “couple [of] days later”. Mumford remembered: “[She said,] ‘Can I ask what that song’s about?’ I was like, ‘Yeah, it’s about the abuse thing’. She was like, ‘What are you talking about?’”

He continued: “So once we get through the trauma of that moment for her, as a mother, hearing that and her wanting to protect and help and all that stuff, it’s objectively fucking hilarious to tell your mom about your abuse in a fucking song, of all things.”

Mumford also told GQ about the reasoning behind sharing ‘Cannibal’ first and making it the opening track on ‘(Self-Titled)’. “I felt like it had to go first,” he said. “I started sort of apologising for it, in my head. But it’s like: That’s not right, either.”

Mumford revealed that his latest single ‘Grace’ – the second song on the forthcoming record – was inspired by that conversation with his mother.

The singer spoke further about the impact of his abuse later in the interview, explaining: “That thing that happened when I was six, that was the first of a string of really unusual, unhealthy sexual experiences at a really early age. And for some reason, and I can’t really understand why, I didn’t become a perpetrator of sexual abuse – although I’ve done my fair share of cuntish behaviour.

“String of really unhealthy shit when I was under the age of 12, which set my brain up in a way to deal with stuff later on in life in an imbalanced way. And so the last three years has just been trying to look at that and correct some balance.”

Elsewhere, the interview states that Mumford had been struggling with alcohol, certain eating habits and, as he put it, “trying to find connection in the wrong places” around the time Mumford & Sons released their latest album, ‘Delta’ (2018).

In the summer of 2019, some people around him intervened and he ended up going to see a therapist who specialised in trauma. During their second conversation, Mumford spoke to them about what had happened to him as a child for the first time.

In 2016, Mumford & Sons boycotted the Bravalla festival in Norkopping, Sweden after numerous sexual assaults against female crowd members were reported to the police (via The Independent).

He’ll showcase the album on a UK and Ireland headline tour in November – you can find any remaining tickets here. It’ll follow an extensive run of North American concerts this autumn (buy tickets here).