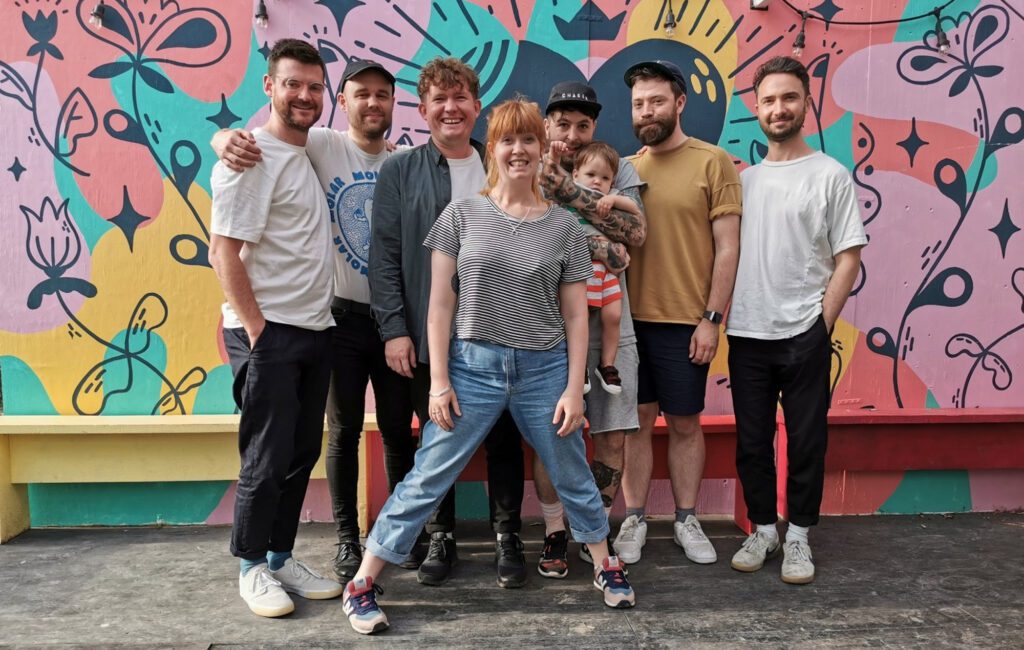 The band’s 2010 album ‘Romance Is Boring’ is set to be pressed as a gold double vinyl and limited to 1,500 copies. The digital download card also includes the four songs from ‘All’s Well That Ends’ EP (2010), and pre-orders come with a copy of The Universe Replied: An Oral History of Romance Is Boring, a 35,000-word exploration of the album’s recording and legacy.

The reissue of 2011’s ‘Hello Sadness’ will include new artwork, with the record pressed on transparent blue vinyl and limited to 1000 copies.

Los Campesinos! previously reissued their first two albums ‘Hold On Now, Youngster…’ and ‘We Are Beautiful, We Are Doomed’ on vinyl in 2018, supported by a two-week tour in celebration of the pair’s 10th anniversary.

Both releases are due out February 18, 2022 via the band’s own Heart Swells label in the UK (pre-order here) via Arts & Crafts in North America.

The band are set to play a string of UK shows in December – see the full list of dates below, with tickets available from the band’s website.

In a four-star review of ‘Hello Sadness’, NME said: “The kids of the LC! still bristle with a fundamental melodic vibrancy, and the hand-in-hand maturing of music-writer Tom Campesinos! into the realms of Sonic Youth thrashes, cranky synthetics and handclaps, harmonium, violin and bar-room piano gives the record a gravitas to counterpoint Gareth’s lyrical anguish.”

The band’s 2011 album ‘Hello Sadness’ celebrates its 10th anniversary in November, and to mark the occasion (a little early) they decided to release a collection of songs from that era.