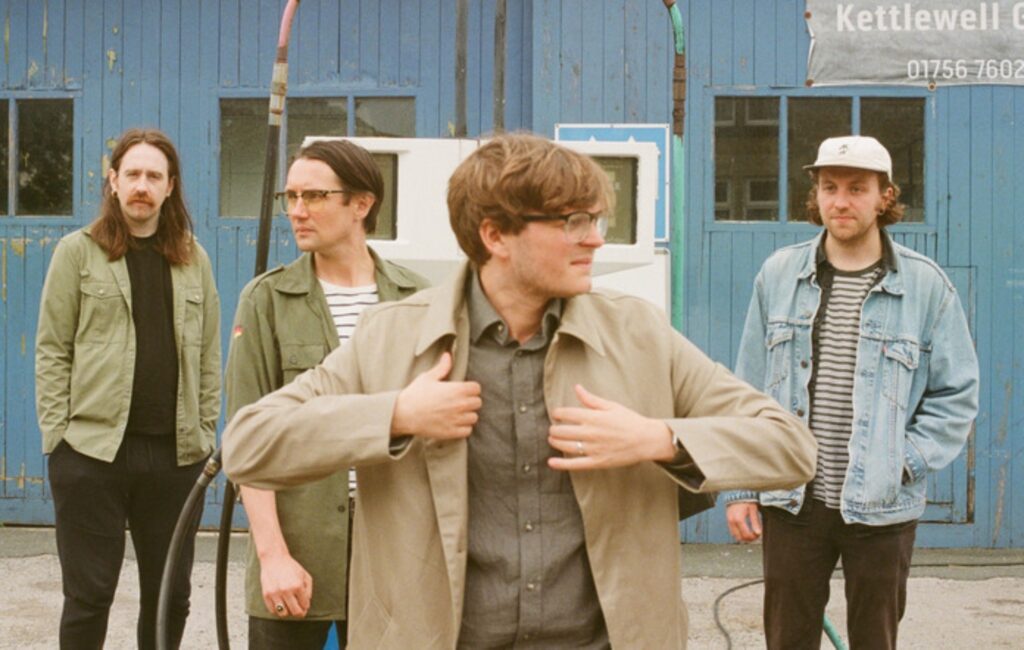 Yard Act have shared a new track called ‘Payday’ – you can listen to it below.

The song is the latest preview of the Leeds band’s debut studio album ‘The Overload’, which is set for release on January 7 via Zen F.C.

“‘Payday’ was one of the few tracks on the record we had to rebuild completely in the studio because the first demo was recorded on my computer and the hard drive corrupted,” explained frontman James Smith. “We spent about TWO hours trying to figure out that stupid keyboard part I’d put on it and couldn’t remember how to play. It was boring but worth it.

“It’s about gentrification, class fetish and how the human brain is so powerful that with enough time and processing power combined it will be able to justify, defend and/or continue to commit the actions of any human being it controls.”

As for the single’s James Slater-directed video, Smith added: “We wanted to do something less location and narrative-based for this video, so an infinity white studio served as the perfect purgatory for an anti-capitalist anthem funded by a major record label.

“It was great to get Kayleigh from ‘The Overload’ car boot shoot back with her friends, and they choreographed a brilliant dance routine for it themselves, which really brings the video to life. It’s also nice to finally be able to explain all the lettuces that kept cropping up in the previous videos.”

Yard Act are due to embark on a UK and European tour in 2022 – you can check out the full schedule below.

Meanwhile, the group have been announced for SXSW 2022, Yorkshire’s Deer Shed Festival and Groningen’s Eurosonic Noorderslag.