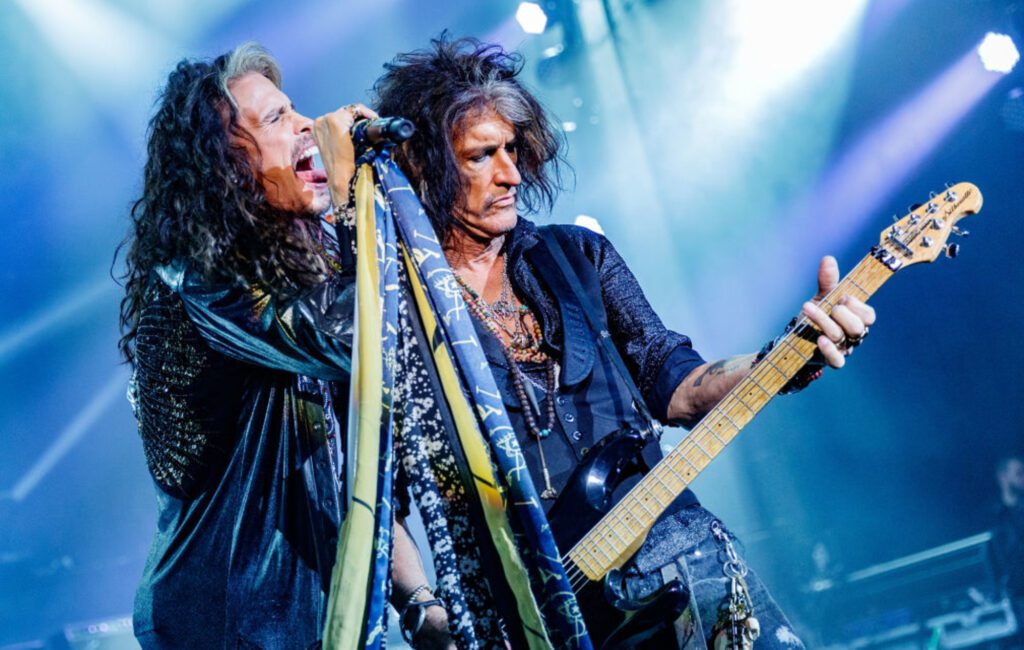 Aerosmith have shared ‘Movin’ Out (1971 Version)’ from their forthcoming limited edition vinyl, ‘1971: The Road Starts Hear’ – listen below.

The previously unreleased seven-track record will arrive next week (November 26) as part of Record Store Day’s Black Friday 2021 drop. It’s available as a black LP (10,000 copies) and on cassette (2000 copies).

To preview the rare collection – which also includes early versions of ‘Somebody’, ‘Walkin’ The Dog’, ‘Mama Kin’ and ‘Dream On’ – Aerosmith shared the ’71 recording of ‘Movin’ Out’ on their official YouTube channel yesterday (November 17).

The track was later re-recorded for Steven Tyler and co’s 1973 self-titled debut album.

“The landmark early recording was made with Joe Perry’s Wollensak reel-to-reel tape machine in 1971 by Mark Lehman,” an official description reads, “who owned the infamous van and became Aerosmith’s one-man road crew, either in the band’s Boston rehearsal room in front of a few select friends, or at a rehearsal the band did during a soundcheck for an early show.”

Listen to ‘Movin’ Out’ from the upcoming ‘Aerosmith: The Road Starts Hear’: https://t.co/AK6VeecQfn

Earlier this year, Aerosmith signed a deal with Universal Music Group (UMG) that licensed the entirety of the group’s recorded output as well as personal archives. ‘1971: The Road Starts Hear’ appears to be the first release from the new team-up.

You can see the record’s full tracklist below:

Record Store Day’s Black Friday 2021 slate will also include special releases from the likes of Lana Del Rey, U2, Fleetwood Mac and Ozzy Osbourne. You can check out the full list here.

Meanwhile, Aerosmith are set to return to the UK next summer for a run of rescheduled headline shows. See the schedule below.