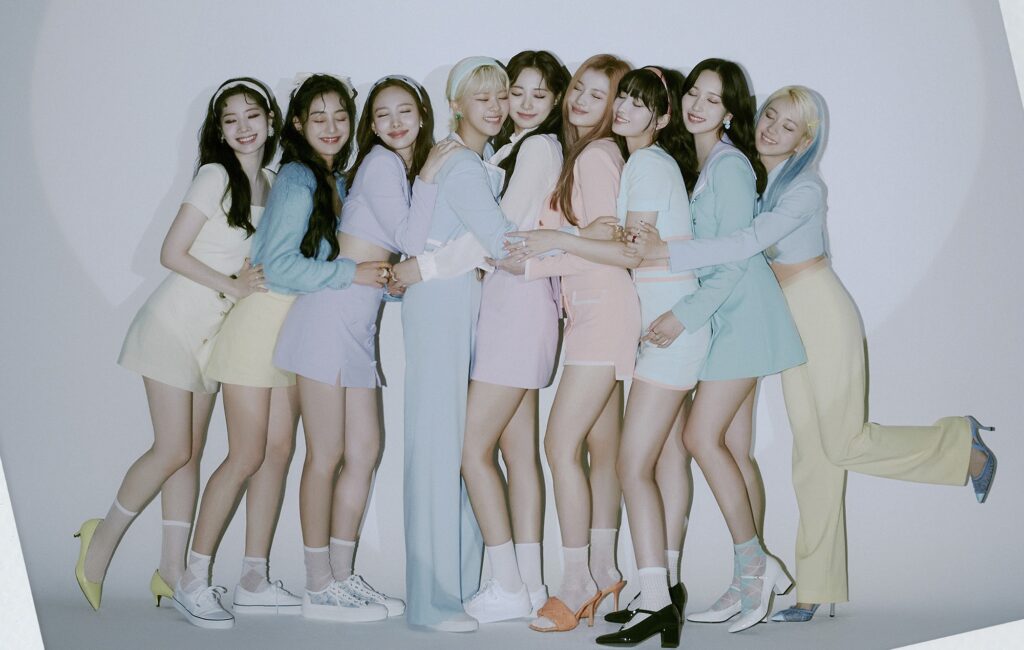 TWICE have unveiled a preview of their upcoming single ‘Scientist’, from their third full-length album ‘Formula Of Love: O+T=<3’.

The K-pop girl group uploaded a teaser of the forthcoming song on TikTok, alongside a playful video where the members transform into “scientists” as the song plays in the background.

Alongside the teaser, TWICE also released a series of new images of the nine-member group on Twitter. ‘Formula Of Love: O+T=<3’ is set to arrive on November 12 at 2pm KST/12am EST.

Aside from ‘Scientist’, ‘Formula Of Love: O+T=<3’ will also feature 13 other brand-new songs from the K-pop girl group. In addition, the physical edition of the album will include a Korean version of their English single ‘The Feels’. Meanwhile, the digital version of the release will feature a remix of ‘Scientist’ by Moroccan-Dutch DJ R3HAB, alongside the English-language recording of ‘The Feels’.

Last month, the girl group dropped an exciting “opening trailer” for ‘Formula Of Love: O+T=<3’. The minute-long video features the members of TWICE as scientists researching the nature of love in the “TWICE Love Lab”, with each member explaining the basis of their “love experiment” in robotic voices.

Although she was featured in the teaser clip of ‘Scientist’, it is currently unknown if member Jeongyeon, who was notably absent from the album’s “opening trailer”, will be involved in promotional activities for ‘Formula Of Love: O+T=<3’. The vocalist has been on hiatus from group activities since August, due symptoms of “panic and psychological anxiety”.