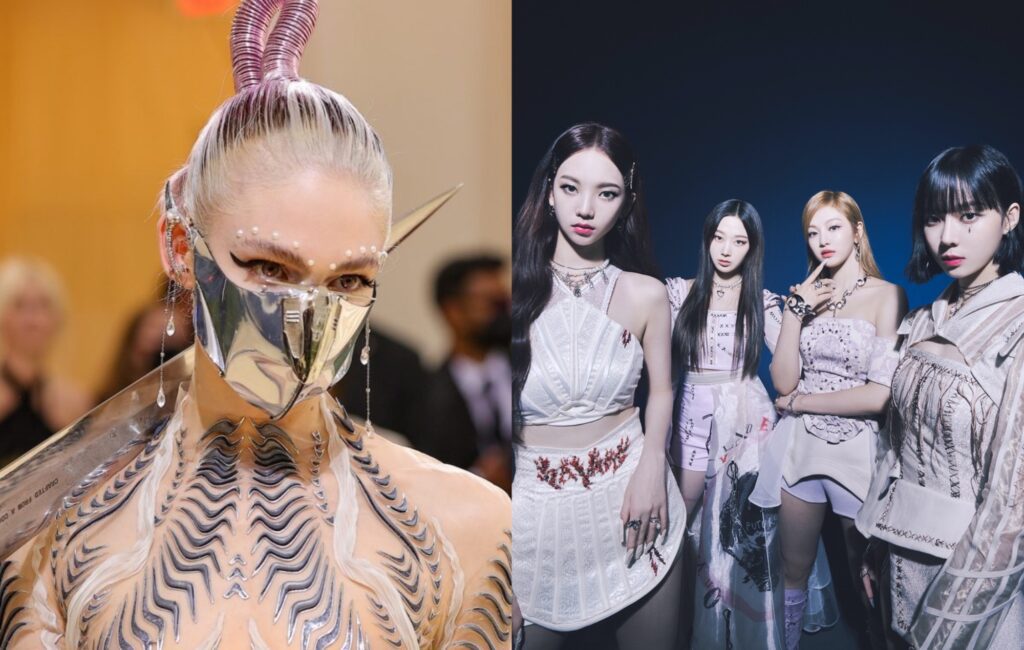 Canadian singer-songwriter Grimes has revealed that she is a fan of K-pop girl group aespa.

Last week, on November 12, the singer launched her “AI girl group” named NPC, with their debut track ‘A Drug From God’. Shortly after the group’s premiere, aespa fans quickly drew similarities between the AI concept shared by both acts.

In response to a fan’s comment asking if she knew of the K-pop quartet, Grimes revealed that she is a fan of the group. “I literally have been emailing their manager all the time,” she replied, adding, “I love them.”

Singer-songwriter Grimes said that she’s a fan of aespa!

“I literally have been emailing their manager all the time I love them”#aespa #에스파@aespa_official pic.twitter.com/c3bWGx6LJf

Fans of the K-pop act also noted that Grimes had previously liked and commented on aespa’s teaser images. The singer had also recently liked a tweet from a fan asking her to work with the girl group.

This is not the first time Grimes has shown her love for K-pop acts. Back in July, the Canadian star had revealed that Big Bang rapper G-Dragon was one of her “biggest influences”.

“Literally G-Dragon is an icon and a god,” wrote the singer in a TikTok comment at the time

Additionally, the singer had collaborated with K-pop girl group LOONA’s subunit, LOONA yyxy on debut track ‘Love4eva’ in 2018, where she contributed vocals to the song’s opening lines.

In other Grimes news, the singer announced in September that she and partner Elon Musk have broken up after three years together. Calling themselves “semi-separated,” the pair, who have an 18-month year old son, say they “still love each other” and are in regular contact.