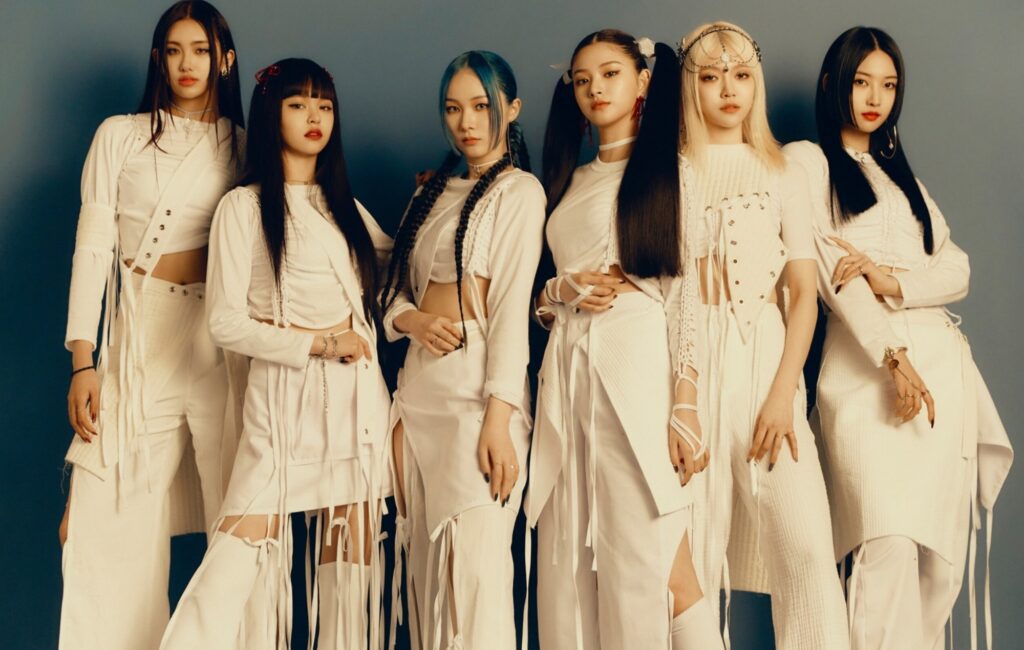 K-pop girl group EVERGLOW have dropped teasers ahead of their upcoming December comeback.

On November 14 at midnight KST, the girl group shared a “coming soon” poster announcing their third mini-album, ‘Return Of The Girl’. The poster features the six-member group with their backs turned, seemingly facing the moon.

According to the poster, ‘Return Of The Girl’ will be released on December 1 at 6pm KST. It will be the group’s second official release of 2021, after their May single album ‘Last Melody’, which featured the lead single ‘First’.

EVERGLOW had released the special single ‘Promise’ in August for UNICEF’s Promise Campaign. The song was accompanied by a choreography clip, which featured the members performing the track on an open field.

Back in July, EVERGLOW made an appearance on Seventeen Magazine’s ‘8 Bit Melody Challenge’ series where they took on hits by various popular artists. Throughout the video, the girl group member sang a number of hit songs, including Lady Gaga‘s ‘Poker Face’, Britney Spears‘ ‘Baby One More Time’ and Dua Lipa‘s ‘Break My Heart’.

The six-member act originally made their debut in 2019 with the song ‘Bon Bon Chocolat’ from their first-ever single album, ‘Arrival Of Everglow’. They are the first K-pop girl group launched by China-based talent agency Yuehua Entertainment. The company had previously partnered with Starship Entertainment in 2016 to jointly launch WJSN.