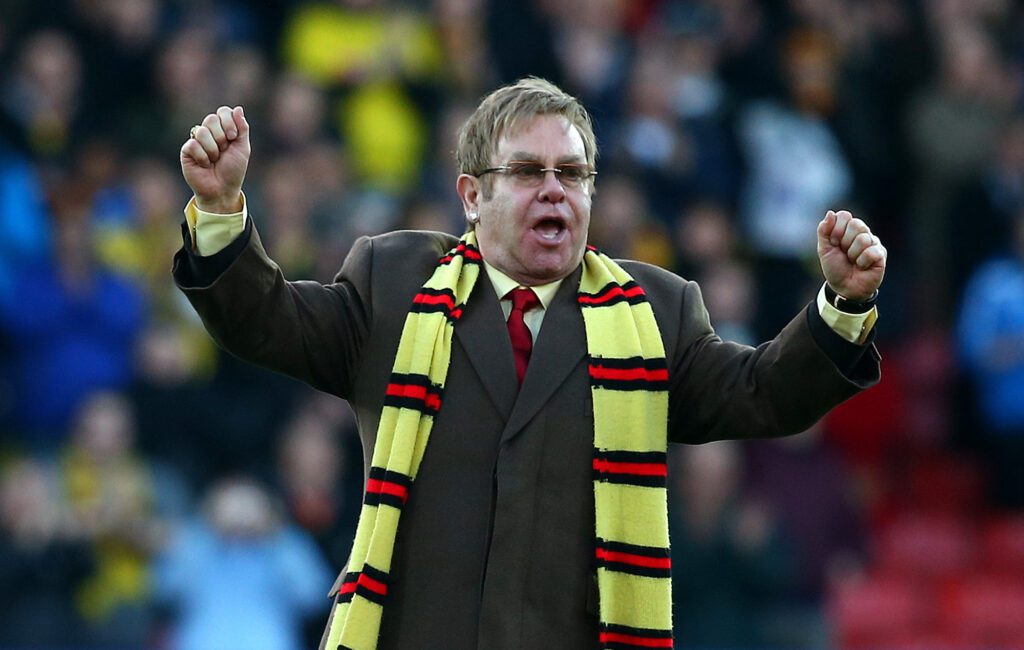 John has a long-standing relationship with the football club, becoming their chairman in 1976 and remaining to this day as an Honorary Life-President. One of the stands at Vicarage Road is named the Sir Elton John Stand.

“I simply had to play Vicarage Road a final time as part of my Farewell Yellow Brick Road tour,” John said in a statement. “My relationship with the club, with the fans, the players and the staff over the years have meant the world to me. Through the good times and the bad, Watford have been a huge part of my life.

“I love the club so dearly, and have had some of the best days of my life in those stands – these shows are going to be so incredibly emotional, and to spend them surrounded by my fellow Watford fans will be wonderful. We’ve been on quite the journey together. Come on you ‘Orns!”

See full details below. Tickets go on sale on Thursday December 2 at 10am here.

I'm so excited to finally announce that as part of the #EltonFarewellTour, I will be returning to perform at the home of @WatfordFC, Vicarage Road, for two nights: Sun 3 & Mon 4 July 2022 🚀🐝

Beginning next May, John will bring his Farewell Yellow Brick Road Tour to stadiums and outdoor venues across the UK and Europe, ending with the two new Watford shows and including a massive London show as part of BST Hyde Park.

A set of already-rescheduled UK arena farewell shows had been set to take place from the end of September through to December this year, with UK dates including gigs in London, Manchester and Birmingham.

John then confirmed in September that he was forced to reschedule his remaining 2021 tour dates to 2023, after he “fell awkwardly on a hard surface and have been in considerable pain and discomfort in my hip ever since”.

See Elton John’s 2022 UK/EU stadium dates and 2023 rescheduled arena dates below. North American dates run through the second half of 2022. 2023 will then begin with shows in Australia and New Zealand.