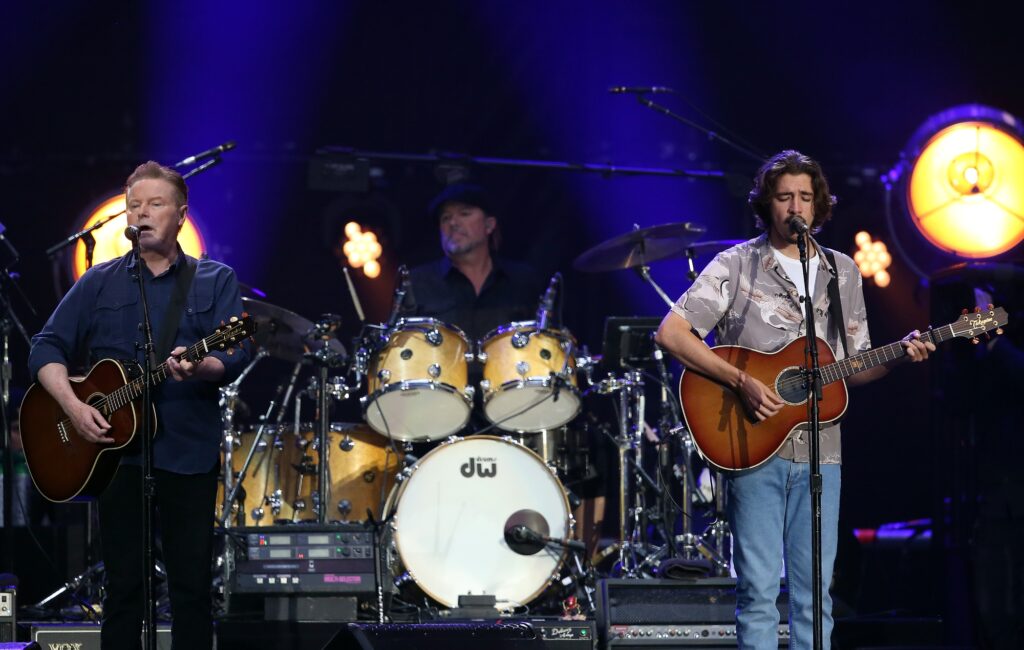 Eagles have announced an additional support act for their 2022 European stadium tour.

The legendary band will hit the road next summer in celebration of their 50th anniversary. On June 26, they’ll headline British Summer Time in London’s Hyde Park with special guests Robert Plant and Alison Krauss.

Now, it has been confirmed that Alabama country group Little Big Town will also open for Eagles at BST – as well as their other European dates.

“We’ve been DYING to share this news,” the Karen Fairchild-fronted outfit wrote on social media. “What a bucket list dream come true. We’re headed to Europe, including HYDE PARK, with The Eagles!!!!”

Tickets for Eagles’ BST 2022 concert go on sale here at 9am GMT this Friday (November 5).

Don Henley and co. will join the likes of Elton John, Pearl Jam and Duran Duran at BST Hyde Park 2022, with Adele scheduled to make her long-awaited live return across two nights (July 1/2).

Prior to the coronavirus pandemic, Eagles had planned to make a UK comeback this summer to bring their ‘Hotel California’ tour to London’s Wembley Stadium.

The band played the classic album in its entirety for the first time ever at three sold-out Las Vegas shows in 2019. The concert featured 77 musicians on stage, including a 46-piece orchestra and 22-strong choir.