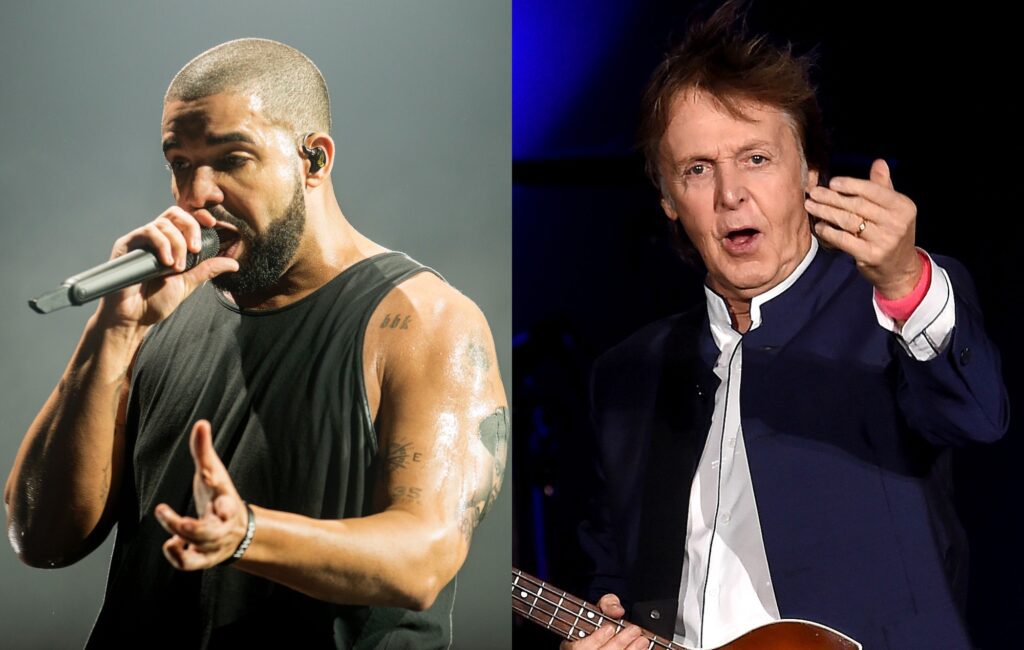 Drake has been crowned the artist with the most Top Five singles on the US’ Billboard Hot 100 chart, breaking a record held previously by The Beatles.

The feat was achieved by proxy of a guest spot on DJ Khaled‘s latest single, ‘Staying Alive’, which arrived on the Friday before last (August 5) and, in addition to heavy sampling of the Bee Gees‘ 1977 hit of the same name, also featured bars from Lil Baby. The song made its chart debut at Number Five on the most recent edition of the Hot 100 (dated for the week ending August 20), which Billboard says earned Drake his 30th Top Five single.

It earns Drake his 30th career top 5 hit, passing @thebeatles for the most of all time.

A count through his Hot 100 history, though, shows that Drake has actually accumulated 31 Top Five releases. The rapper’s first song to chart in the bracket was his second single, 2009’s ‘Best I Ever Had’, which peaked at Number Two. He followed it up with ‘Thank Me Later’ cut ‘Find Your Love’ in 2010, the same year he earned his first Number One as a featured artist on ‘What’s My Name?’ by Rihanna. His first Number One as a lead artist came in 2016 with the Kyla– and Wizkid-assisted ‘One Dance’.

Of his cumulative 31 Top Five hits, 11 peaked in the top spot (including three songs where Drake was billed as a featured artist) while eight have peaked at Number Two (including one feature), four at Number Three (with two features), three at Number Four (all of which were Drake’s own songs) and five at Number Five (with four features).

By comparison, The Beatles earned their 29 Top Five singles within the span of five years (compared to Drake’s 14), and beat his metrics with 20 songs at Number One, three each at Number Two and Number Three, two at Number Four and one at Number Five. Additionally, all of their Top Five hits came with the Fab Four billed as the lead artist. This doesn’t take into account any charting songs released by, or featuring, individual members of The Beatles.

Earlier this month, Drake performed alongside Nicki Minaj and Lil Wayne at the monumental Young Money reunion concert in Toronto. It came in the same week that he released ‘Staying Alive’ with Khalid, as well as a music video for recent solo cut ‘Sticky’.

The song appears on Drake’s seventh album, ‘Honestly, Nevermind’, which arrived back in June. The record earned a three-star review from NME’s Kyann-Sian Williams, who described the album as “an unexpected elevation from the bland trap” heard on last year’s ‘Certified Lover Boy’.

Meanwhile, stalwart filmmaker Peter Jackson has announced that he’s working on a “very different” project related to The Beatles. In a recent interview, the director revealed that he’s in talks with McCartney and Ringo Starr – who he last worked with on the Emmy-nominated docuseries The Beatles: Get Back – to develop a new film.