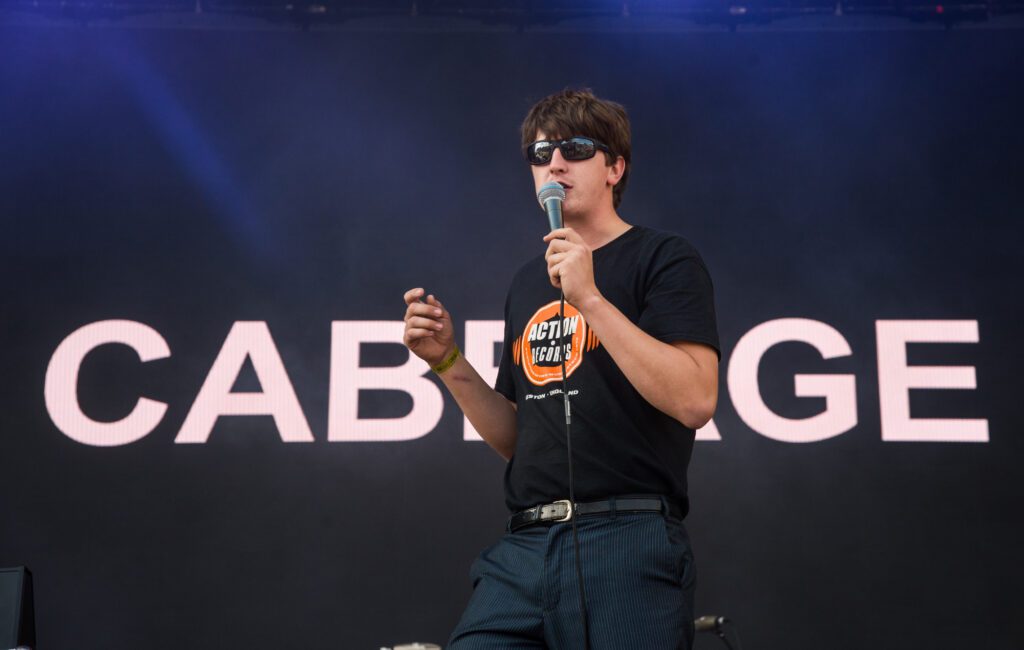 Cabbage have announced their split, saying they will embark on “fresh musical projects”.

Formed in 2015, the post-punk outfit released five studio albums over the course of their career: ‘Young, Dumb And Full Of…’ (2017), ‘Nihilistic Glamour Shots’ (2018) and last year’s ‘Amanita Pantherina’.

The group appeared on the BBC Sound Of 2017 longlist, and have supported the likes of Courteeners, Kasabian and Blossoms on tour.

“Reflecting back on the period of the last 6 years will be life affirming, terrifying, awe inspiring but most importantly fulfilling,” Cabbage began a statement on social media today (November 12).

“It’s with these ghastly adjectives that we begin to tell you that Cabbage as a group, an institute and as a rag-tag caravan of cheek and roguery shall be no more.”

They continued: “Carrying this burdening message only lifts the weight from our shoulders as we dive into an endless list of fresh musical projects and the day to day running of our glorious recording hub, Brassica studios.”

Cabbage went on to confirm that their upcoming UK headline tour will be their last, “and therefore we will be playing an expanded, all singing all dancing set”. They’ll also share “records and documented hedonism” before bowing out.

“Over the years we have left a number of songs to the wayside and some that have only just seen the light of day,” the band explained. “We will be collecting and recording these songs to form a b-sides collection, one final cathartic production and certainly not a rent payer.”

The group then thanked “every person that has helped us, purchased our shit, turned up to shows or given us a cig outside a venue”.

“To all the groups we made friends with and to all the people we have worked with particularly our management, labels, promoters and booking agents,” they continued, “we hope to see you at the shows and burn this fucking bonfire to the ground.”

“We’ll either be on stage, at the merch desk or outside asking to pinch a cig. Appreciation doesn’t begin to describe the gratitude we have.”

You can see the full statement above.

Cabbage’s 2021 UK tour kicks off in Brighton on November 24, with shows also scheduled for Cardiff, London, Bristol, Liverpool, Manchester and other cities. You can find ticket details here.

Back in 2017, it was alleged that Cabbage singer Lee Broadbent sexually assaulted a young female fan who was on the front row at a gig in London. The group, who were supporting Kasabian at the time, subsequently spoke out on the ‘false’ accusations in an interview with Louder Than War.

They said that the Twitter user who shared the accusations was not at the show in question, and much of what was alleged was hearsay, exaggerated or fictitious. Cabbage also explained that after the Twitter storm, the fan’s father was contacted by the venue when he confirmed that no assault had taken place “of any kind”.

“Every night I’d come down to the barrier, which I’d do at our own gigs, but looking back at it, that’s where I made the mistake,” Broadbent said.

“Throughout the tour, we got some good receptions, but mainly I don’t think people got us, or didn’t like us as it’s a very different audience.”