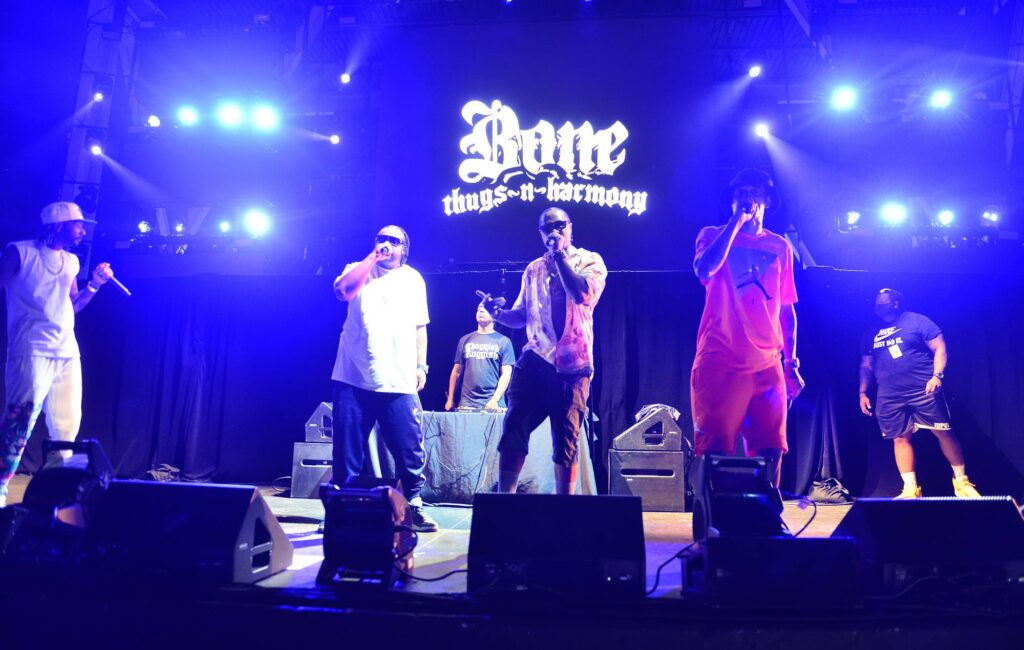 Bone Thugs-N-Harmony have announced their final gig as a five-piece, with Bizzy Bone set to retire from performing live.

The hip-hop group – Krayzie, Layzie, Bizzy, Wish and Flesh – will perform their last gig with this line-up in Ontario, California on November 19 as part of Bobby Dee and Snoop Dogg‘s High Hopes Concert.

Others to perform at the event include Ice Cube, Cypress Hill, Method Man and Xzibit. The gig will take place at the Toyota Arena in Ontario and be hosted by Cypress Hill character Dr. Greenthumb.

Get full details on the gig below, and buy tickets here.

Due to a feud between the two groups in the ’90s, there were plenty of calls to get them to compete in a VERZUZ battle. An independent online battle was planned between the two last year, but according to Three 6 Mafia’s DJ Paul, the battle was pulled last minute after Swizz Beatz called him to tell him that VERZUZ wanted to host it.

It eventually took place on December 2 last year, with the two groups, widely considered among hip-hop’s most influential, going head to head at the Hollywood Palladium as part of the popular entertainment series created by Timbaland and Swizz Beatz.

2021 also saw Bone Thugs-N-Harmony parodied in a sketch on the latest episode of Saturday Night Live, where they open up a pet store called Dog Bones-N-Melodies.

They then sing bone-themed renditions of the group’s best known hits to highlight their various offerings, including dinosaur bones, vegan bones, fish bones that alley cats eat in cartoons and much more. Each purchase also includes a “free melodic serenade” from Bone Thugs-N-Harmony on the way out, which as one customer discovers, is not optional.