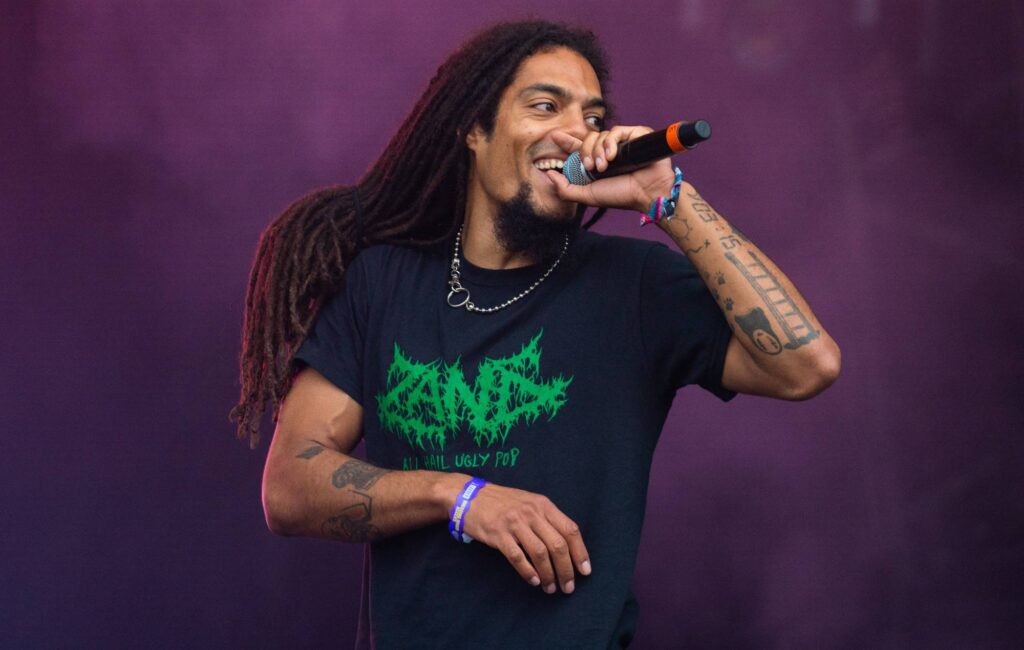 Bob Vylan frontman Bobby Vylan has called for more diversity both on and off-stage in live music – as well as more local support bands and regional shows.

Providing the opening speech at the Music Venue Trust’s NME-partnered Venues Day event in London earlier this week (October 5), the singer of the UK punk duo hailed the UK’s grassroots gig spaces for giving bands like his a “shelter” and fostering communities.

Vylan also said that we should “never take that relationship between venue, artist and audience for granted again” as the industry continues to emerge from the COVID crisis.

While looking to the future, Vylan called for improvements to be made in terms of representation. “I hope we start to see more diversity in these venues: from the artists that are booked to the venue staff and operators,” he told the audience at EartH in Hackney. “The lack of Black-owned venues is a problem that I won’t attempt to dissect right now, but more accessibility to ownership needs to be encouraged, as does the diversity of all the staff and crew.

“Of all the venues we have played at, I have only ever seen one venue with a sound engineer who wasn’t a man. Furthermore, I have never seen any people of colour performing this role in any of the venues that we have performed in.”

He continued: “This is a problem. How can it be that I know female engineers, Black and brown engineers, but can’t manage to find any in the venues? Just like every other sector, there is work to be done.”

Vylan then went on to ask those who work in the live music industry to “look to your crews, your co-workers, your employees and ask yourself, ‘Is this a true representation of our community?’ If not, what can be done about it?”

He suggested that UK venues could hold training workshops to “help marginalised people gain access to roles in live music”, as well as running training days, shadowing opportunities and collaborations with local colleges and universities to offer students or recent graduates in music tech and music business the chance to run their own gig nights.

“Ask yourself: what are we doing to help diversify this industry that we’re all so fortunate to be a part of and many wish to join?” Vylan said. “Likewise for the booking agents, record labels, publishers and other parts of the music industry that thrive off of the artistic creations made by people but are nowhere to be found when you enter ‘the office’. This is proof that there is work to be done. Some of you are doing it already, but others must catch up. It is important to remember that we can all do more.”

Vylan also mentioned how Bob Vylan’s agent suggested local opening acts when booking their recent ‘We Live Here’ tour as part of the Music Venue Trust’s ‘Revive Live’ shows. That allowed the band “to create relationships with bands we would not have met otherwise” and “gave those bands access to a stage and a sizeable crowd which they may not have had access to” – arguing that the UK needs to see more localised support bands, as well as more shows booked outside of the usual major cities.

“We have so much talent here in this country, and it’s not just the cities – it’s all over this country,” he said. “It doesn’t just come from London. It can be found everywhere. I hope that agents and bookers in this room continue to push for local openers when appropriate. I also hope we see longer tours across the UK.

“For far too long, it’s just been about the major cities. While it may make sense for bigger bands, there are still plenty of smaller towns and cities that have incredible venues and attentive, enthusiastic audiences who are looking for a good night out and their next favourite new artist.”

He continued: “I hope we start to see artists in more of these towns and cities across the UK. I honestly can’t tell you how many times that people have told us how grateful they were that we came to their town to perform, and how many times we heard them say, ‘Nobody ever comes here’.

“There are gems of venues all over this country, and today is proof of that. The tour we just completed is proof of that. I hope we continue to remember that these places are crucial to artists and the locals who are waiting for their next gig.”

Ending his opening speech, Vylan added: “We are all here today to celebrate our industry, learn more about our industry and develop ideas to further and strengthen our industry.