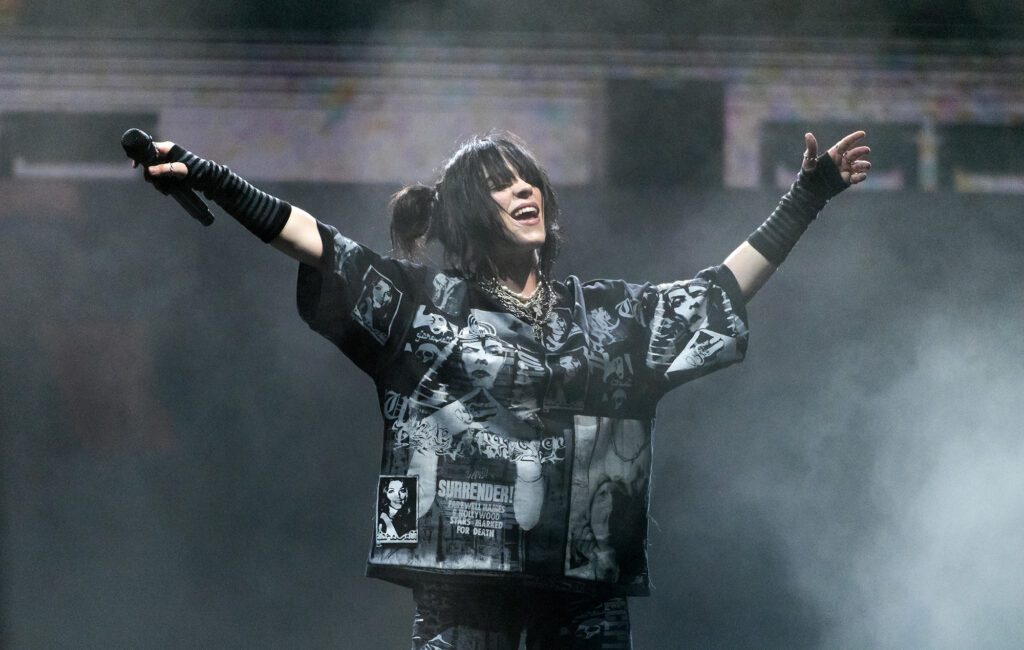 Billie Eilish has announced a new concert film, Happier Than Ever, The World Tour, set to premiere this coming Friday (September 30).

The film, announced yesterday (September 26), will be streamed on Apple Music Live on Friday. This date also officially marks the end of the seven-month tour, with Eilish playing her final night at the RAC Arena in Perth, Western Australia.

Happier Than Ever, The World Tour, as its title suggests, was filmed earlier this year during said tour – specifically, during Eilish’s stint at London’s O2 Arena. Eilish performed six shows at the venue in June, where she was joined by support acts such as Arlo Parks, Jungle, Jessie Reyez and Girl In Red.

It will serve as both a sequel and companion piece to 2021’s Happier Than Ever: A Love Letter To Los Angeles, which was filmed at an empty Hollywood Bowl last year while Eilish was unable to tour the titular album.

Watch a teaser for the concert film below:

In a statement shared to social media, Eilish noted that she has “never been as proud of any show” she has put on as she is of the ‘Happier Than Ever’ tour.

“[I] was so excited with the idea of filming one [of the shows], and couldn’t be happier for you to all see it and watch together from all over,” she said.

In his own statement, Apple Music’s Zane Lowe expressed his excitement at fans getting the chance to watch Happier Than Ever, The World Tour. “This show is such a gift for Billie’s fans around the world who weren’t able to make it out to witness one of the best concerts of 2022, and also the perfect opportunity to revisit the excitement for those who did,” he said.

Ahead of the concert film’s release, Lowe’s sit-down interview with Eilish will premiere this Thursday (September 29) on Apple Music 1.

In a four-star review of the Manchester date of the ‘Happier Than Ever’ tour, NME described Eilish as a “bonafide pop star who relishes a tour as grandiose as this”.

“With the talent she’s gleeful to showcase, you always feel immensely privileged to be witnessing someone embrace a role that they fully deserve,” it read.