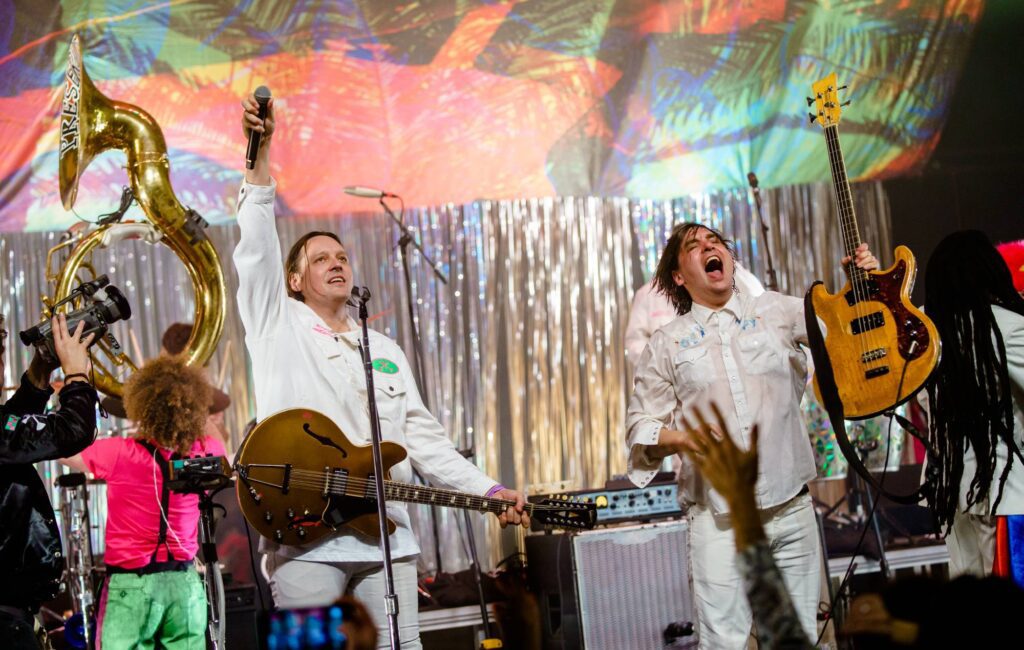 Arcade Fire have confirmed that they will make their comeback with new single ‘The Lightning I, II’ this week (March 17).

The Canadian band last released an album in 2017 with ‘Everything Now’, and have since shared 45-minute track ‘Memories Of The Age of Anxiety’ for a meditation app in 2021, and released a live version of political cut ‘Generation A’ in late 2020.

Over the past few weeks, the band have been teasing their return. Earlier this month, a brief snippet of new music appeared on the contact page of the group’s official website. It came after fans began sharing images of mysterious postcards that they’d received in the mail.

Now, the band have confirmed that they will share ‘The Lightning I, II’ on Thursday at 2PM ET/11AM PT (that’s 6pm in the UK), and have released the track’s chords for fans to play along ahead of the song’s release.

Check those out below.

“We had been writing for a year and were doing our first session towards the record when COVID came down,” he said, adding: “I’ve just been writing, like I can’t remember a time where I’ve written more.”

Tonight (March 14), the band will play a last-minute ‘pay what you can’ Ukraine benefit show in New Orleans, Louisiana.

The Canadian band will take to the stage at the city’s Toulouse Theatre venue tonight. Wristbands are available on the door from 10am local time (maximum one per customer).

Per the official gig poster, “all proceeds benefit the Plus 1 Ukraine relief fund”.