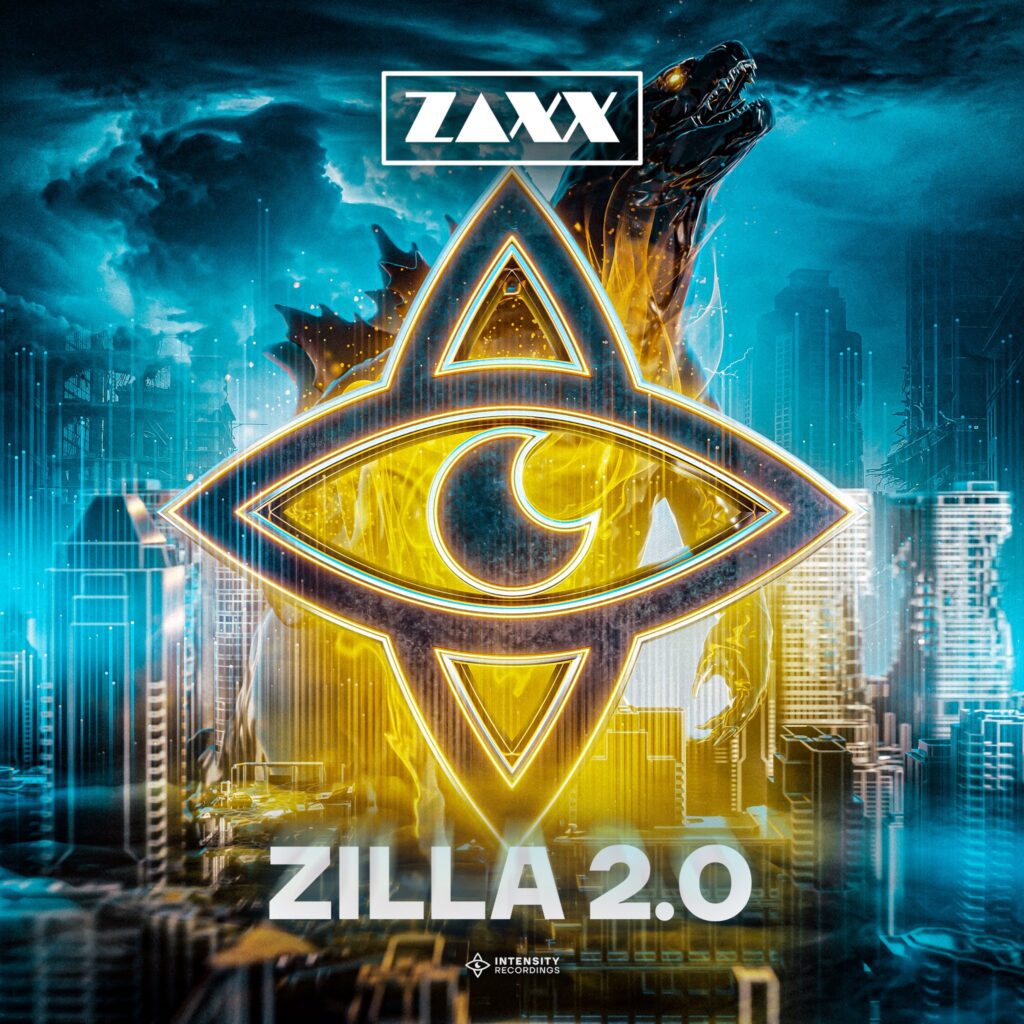 The review for “Diddy Bop” perhaps has the same statements as I am about to make on this one, however I wasn’t fully convinced about ZAXX’s renewed interest in Big Room and his capabilities to reinvent the style back then… although the American producer is focusing heavily on the nostalgic aspects of his music and well, it’s a powerful marketing strategy that required some fine-tuning to show progress from its earlier version.

“ZILLA 2.0” rampaged on these doubts, mercilessly.

The newest creation from ZAXX hits again in the guts with an overhaul of one of his older hits, which went viral on SoundCloud in 2014.

I am glad to see an important producer arrive on Intensity, a brand that is intent of delivering quality releases. So, it will be a fun exercise to see how the so-called big names fare and contribute to the label. What’s for sure is that ZAXX found the correct space for landing this release, based on the euphoric responses and appreciation about it that I saw online.

It feels good, sure. I wasn’t devoted to “ZILLA”, which presented a typical breakdown and a drop sequence that didn’t sit right with me, but it’s evident that ZAXX cares about the final products. Even after several years, the signature imprint remains as vivid as it was on the “1.0” version!

What’s even impressive here is that “ZILLA 2.0” adheres basically to the same idea albeit empowering it with couple of genial ideas. Addition of several fills from the movies in the build-up might be predictable, but it works tremendously well in creating a dark, aggressive first impression. Then, the original melody gets distorted with a super dirty lead, à la Dutch House almost! The screeches from “Diddy Bop” given a cold shoulder here, but the tension remains high with sparks flying everywhere. I truly liked this change of lead because it gave the instrumental a good re-balance between nostalgia and creativeness. Especially in the final drop, where the melody introduces additional complexities in its pattern, it turns into a vivid battlefield.

“ZILLA 2.0” confirms the passionate intentions of ZAXX, delivering a massively entertaining release for Intensity’s collection and brings back old memories, with an intelligent desire to evolve. Excellent pick!