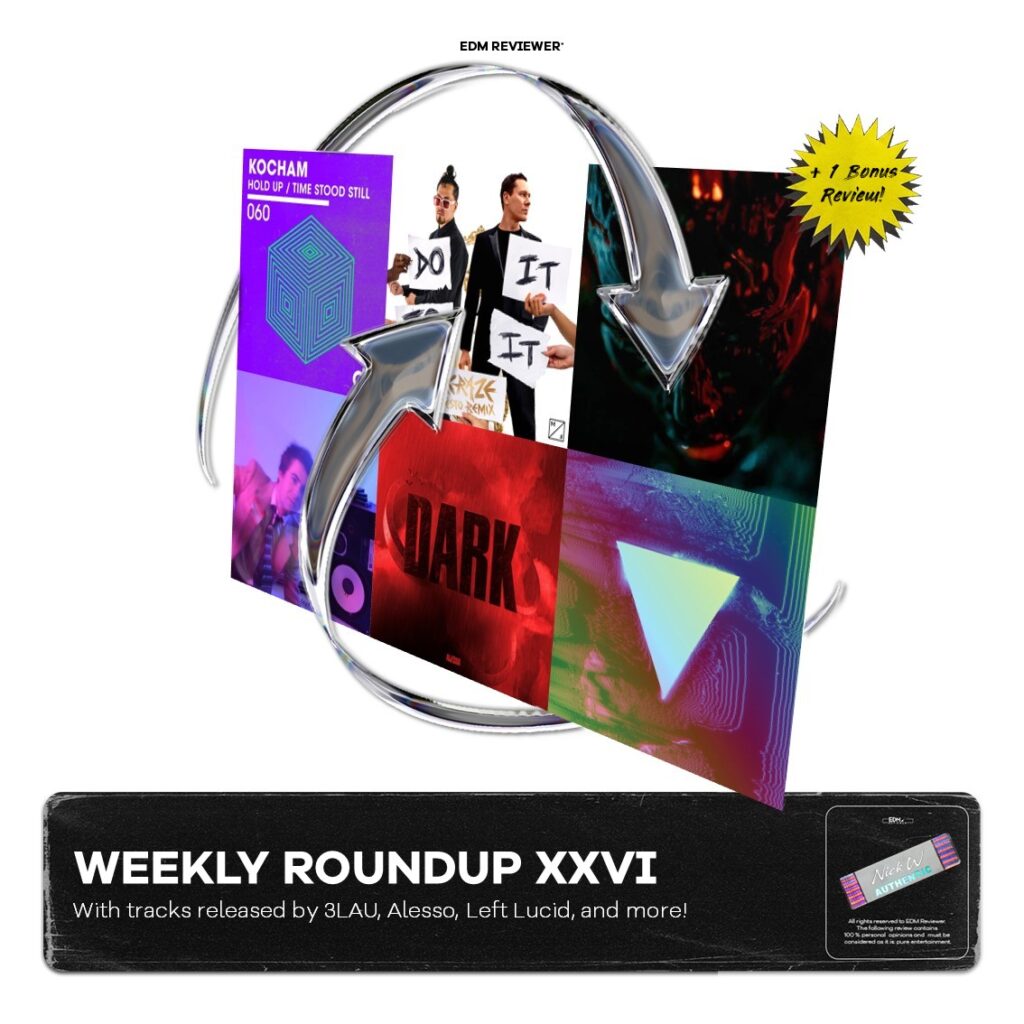 March has initiated with plenty of music, as the festival season has started picking pace. This roundup is featuring music from this week and the last (since there wasn’t any), with tracks released by 3LAU, Alesso, Left Lucid, and more!

After a few months of keeping hush, the infamous trio has returned, gearing up for their album release and world tour by releasing another single titled “Redlight”, unexpectedly featuring the iconic singer from The Police, Sting.

Eccentric and experimental, the instrumental remains on a House beat with a mildly distorted bassline, as the vocal from the esteemed British singer comes midway in a suspenseful break. Other quirky sounds are abundant, adding playful details to the swirling ambiance.

Alternating his schedule between near-forgettable Slap House singles and generic remixes, Tiesto’s recent releases simply seem to gain relevance in the algorithm irrespective of whether the audience prefers it or not.

How do you make a such remix? Design a simple house beat, put some festival synths with the original vocals, and yes, you’re done. Don’t forget to throw creativity out of the window, by the way.

Well, let’s hope he realizes this formula is getting stagnant already.

Despite Tech House suffering from a terrible lack of inventive efforts, the French talent Kocham snatched my attention with his sonic panache displayed in “Hold Up”.

Infusing infectious nu-disco/French House elements with Tech-y ingredients, this record is one smooth operator. Not to forget the gorgeous vocal performance that comes during the main break, this song stands out on its fashionable layout, remaining simple and groove-focused throughout. Much recommended!

Another idiosyncratic extension to this list of tracks on this roundup, American heavyweight 3LAU demonstrated his grip on various genres with “Flux”.

It combines the main room techno flavor with selective electro sounds; bright and percussive elements impart a tribal cadence, occasional acid stabs play out in a minimal yet intriguing framework.

If you perhaps encountered “The Batman” last weekend on the big screen, and maybe kept your patience during the end credits, you might have seen a familiar name at the sound-scoring section. Yes, that was indeed Alesso with his soundtrack for the film.

“Dark”, in every bit, captures that industrial, illegal-after-hours rave music that plays out to delinquent attendees of a seedy club. Hoovering synths and grimy techno synths dominate in this short OST, did their job by heightening the stakes at the scene it was played in.

Alright, now some lighthearted and sweet stuff, after all that heavy main course.

American up and comer Left Lucid came up with a delectable offering named “Nintendo Dreams”. Layered with nostalgia invoking arcade and melodic synths wrapped in an easygoing rhythm and well-sung vocals, this track will be on your mind repeating in no time!

We’ve already discovered this young Italian talent in 2020 with “Awakening“, and we noticed a steady evolution in terms of sound design! In “Ultraconscious” there’s a clear direction towards dark and tech-y influences, while the combination of eerie, inhuman vocal and hard-hitting beats left us speechless. That’s how you mix Techno and Electro House, we see a lot of potential here!