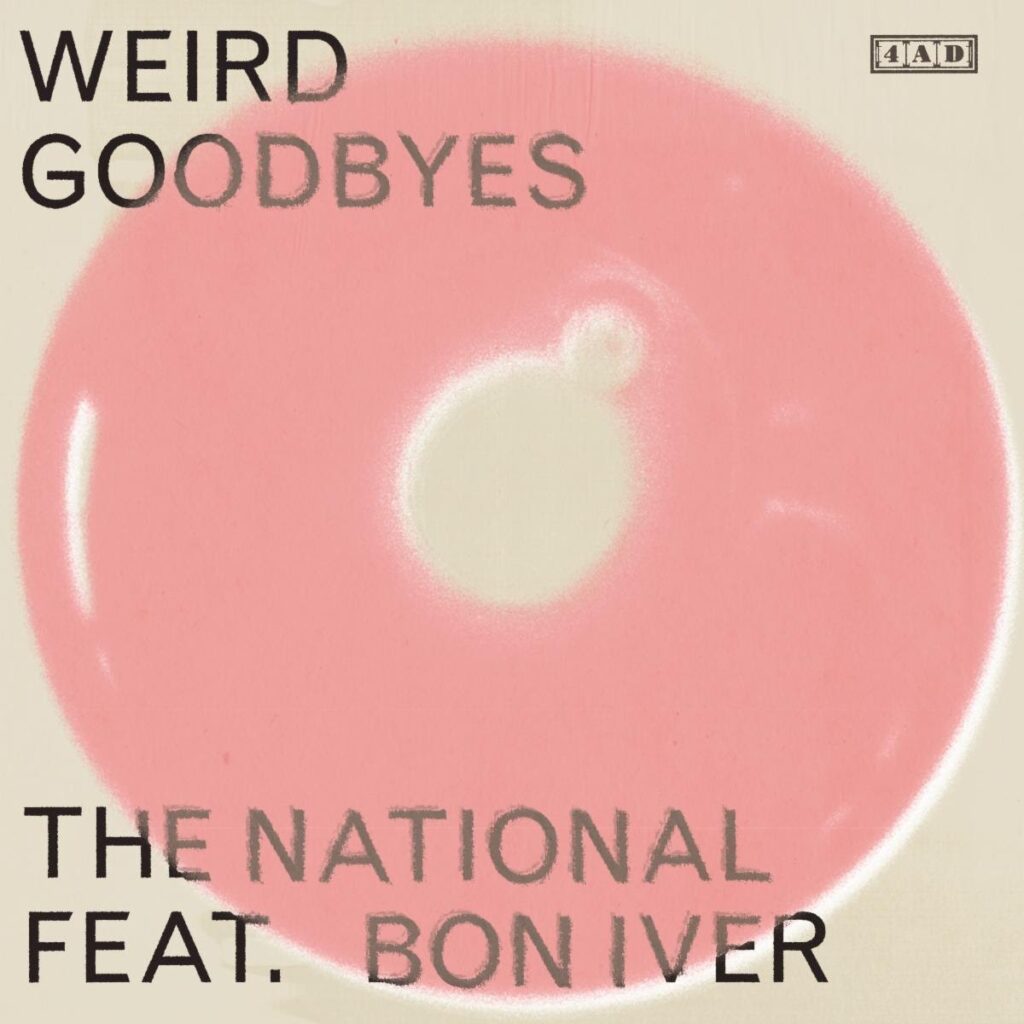 The National and Bon Iver have a long track record of collaboration on all kinds of projects, including Justin Vernon and Aaron Dessner’s side band Big Red Machine, the Eaux Claires festival, the 37d03d artist collective and record label, etc. Since the release of the National’s I Am Easy To Find and Bon Iver’s i,i in 2019, the two bands’ histories have become even more intertwined via their participation in the Taylor Swift Extended Universe. And now they’ve recorded a collaborative single using their most well-known monikers.

The song is called “Weird Goodbyes.” They’ve been teasing it for over a week now, and the National have been playing it live even longer, sometimes under the alternate title “Bathwater (Mount Auburn).” The song features a string arrangement by Bryce Dessner, performed by the London Contemporary Orchestra. Per Berninger, “It’s about letting go of the past and moving on, then later being overwhelmed by second thoughts.”

Presumably “Weird Goodbyes” will be included on the National’s ninth album, which is coming next year according to a new interview with Aaron Dessner. A press release relatedly promises, “Additional worldwide touring is planned for 2023.” Having seen the National at Pitchfork Music Festival this summer, I can confirm they’re in crowd-pleasing form right now. It remains to be seen whether these new songs will someday pop off like the classics.

In that same press release, Aaron Dessner explains, “I somehow could hear our friend Justin [Vernon]’s voice and heart in this song from the beginning. We sent it to him and it moved him – he then sang with Matt so powerfully.” Dessner adds:

“Weird Goodbyes” was one of the first new songs we made. I was misusing drum machines, as usual, and stumbled onto this beat that got stuck in my head — it felt like something only Bryan [Devendorf] could naturally play. We built the song around the beat. Matt’s melody and words felt so elegant and moving from the beginning — mourning a loss of innocence and motivation, holding onto memories and feelings that inevitably slip away and the grief we all suffer in weird goodbyes.

“Weird Goodbyes” is out now on 4AD.