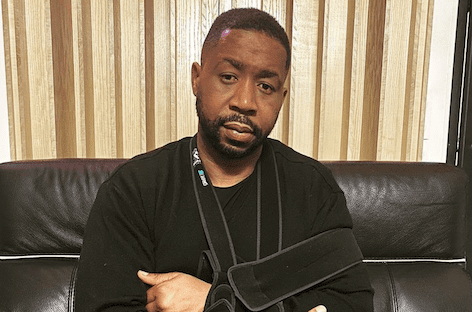 Content warning: This story is about police brutality against a Black man.

The four police officers involved in the beating of Black rap producer Michel Zecler in Paris have been placed under criminal investigation, the BBC reports.

A French judge took the decision to charge the officers involved, who are all white, after CCTV footage emerged of the incident via news outlet Loopsider. The video, recorded on November 21st at Zecler’s studio in the 17th arrondissement, shows three police officers beating Zecler in the doorway, before a fourth officer throws a tear-gas canister into the building. Zecler, who is 41, was left bloody and in need of stitches. He also says he was racially abused.

The police reportedly went after Zecler because he wasn’t wearing a face mask and because he smelled “strongly of cannabis,” though the latter has been disputed—all four officers have been accused of forging the subsequent police report.

The main charge levelled at the four officers is “intentional violence by a person holding authority.” Only two, however, remain in custody. French President Emmanuel Macron called the incident “shameful” and “unacceptable,” the BBC reports.

The incident took place as the French senate prepares to approve Article 42, a new bill that would make it a criminal offence to publish photos or videos of on-duty police officers. People took to the streets across France to protest the bill.

As well as being a producer, Zecler co-owns Black Gold Studios, where the attack took place, which is one of the oldest hip-hop labels and productions companies in France.