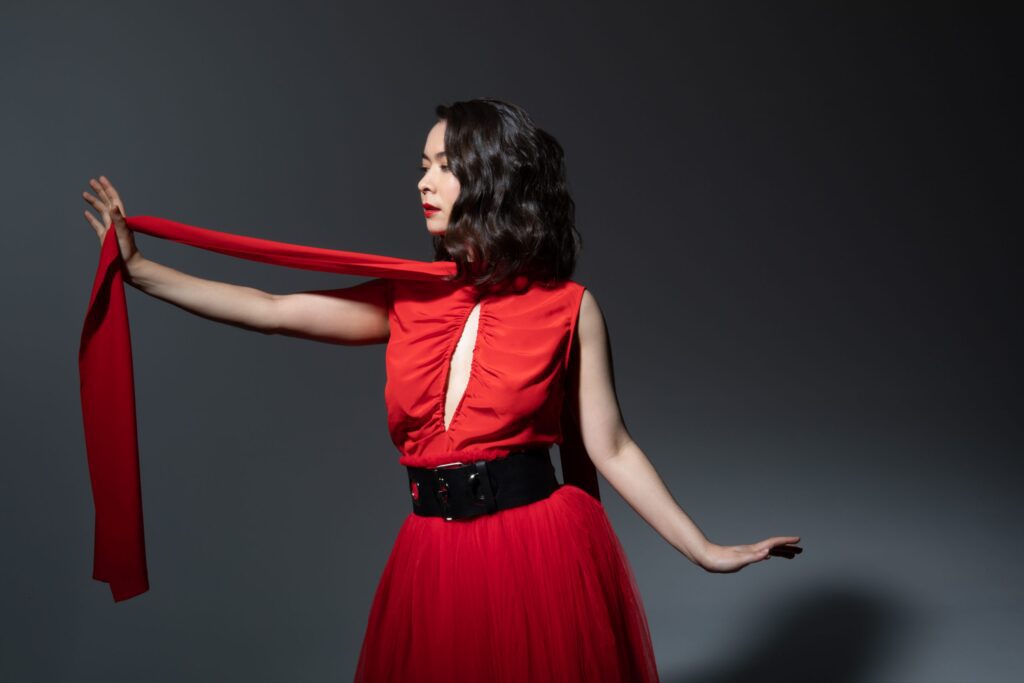 Mitski released Be The Cowboy in 2018. 2018! It’s been a minute, friends. When “Working For The Knife” dropped in October, it felt like she had been gone forever, and even that seems like ancient history here in January of 2022. We’d never even heard of Omicron back then! We were so innocent. But things are looking up on the Mitski front. New album Laurel Hell is really, truly imminent. We know this because we have reached the final advance single phase of the rollout.

Today’s new release “Love Me More” follows the aforementioned “Working For The Knife” plus “The Only Heartbreaker” and “Heat Lightning.” It’s a jittery, poppy new wave track that explodes into something like clubby reverie at its climax, and it finds Mitski spinning the kind of piercing, self-reflective lyrics that made her a star. “If I keep myself at home, I won’t make the same mistake/ That I made for 15 years,” it begins. “I could be a new girl/ I will be a new girl.” This line in particular is perfectly in sync with the song’s musical vibe: “Here’s my hand/ There’s the itch/ But I’m not supposed to scratch.”

You, though, can scratch that Mitski itch right this second. Watch the “Love Me More” video below.

Laurel Hell is out 2/4 on Dead Oceans.