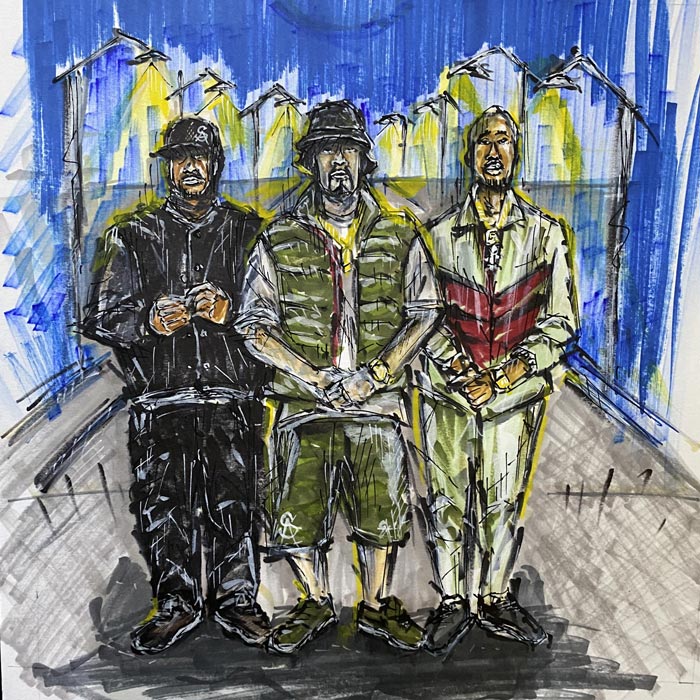 In recent years, DJ Muggs, the production visionary behind Cypress Hill, has been doing a lot of cool underground shit, teaming up with rappers like Roc Marciano and Mach-Hommy for full-album collaborations. Recently, Muggs announced plans to release the new album Soul Assassins 3, the follow-up to the guest-heavy albums that he dropped in 1997 and 2000. On the latest Soul Assassins 3 single, Muggs has come up with an inspired pairing: Fellow ’90s legend Scarface and consistently great ’90s throwback Freddie Gibbs.

On the new song “Street Made,” Scarface and Gibbs both sound great. Despite his recent health scare, Scarface’s voice has lost none of its booming authority. He’s got the energy to to keep up with Gibbs, and Gibbs has the gravitas to keep up with Face. Muggs supplies the two of them with a clanking, eerie beat. Check it out below, via 2 Dope Boyz.

“Street Made” is actually the second single from Soul Assassins 3. The first is called “Metropolis,” and it teams Method Man up with Slick Rick. Here’s that one.