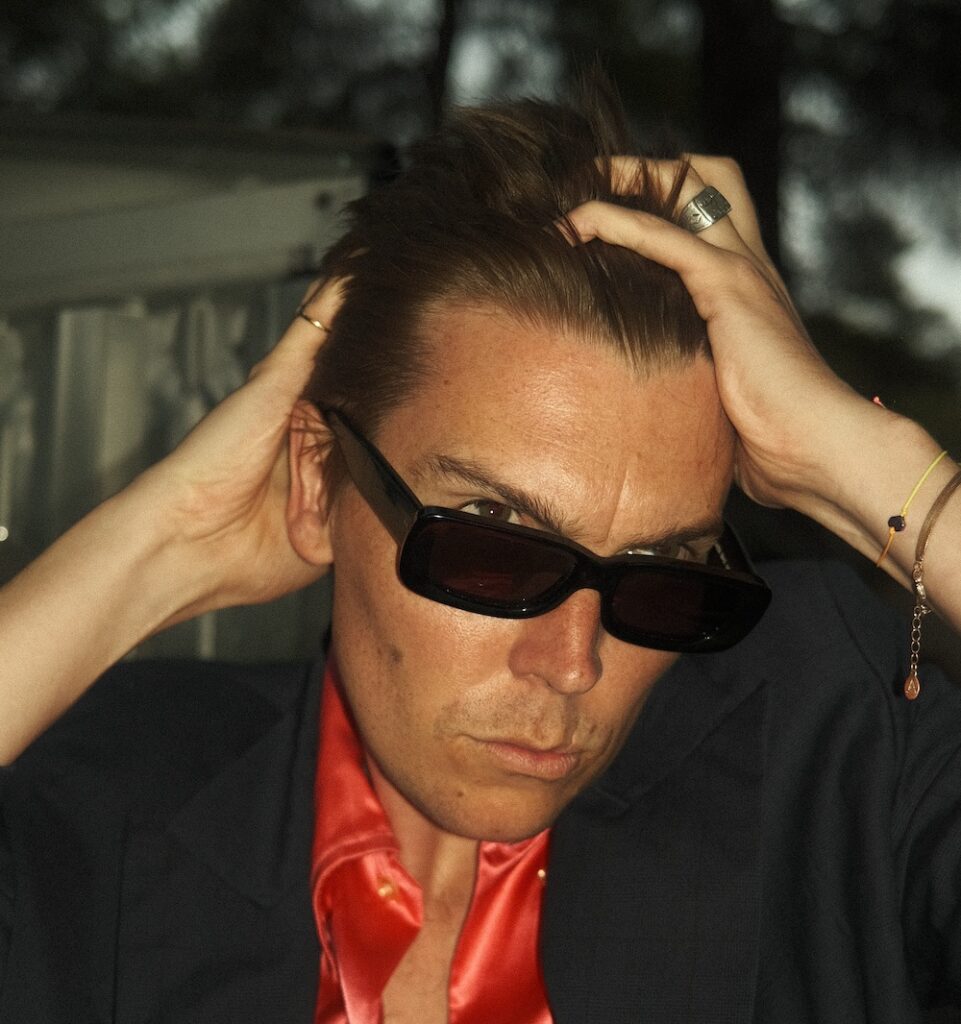 We haven’t heard from the louche and endlessly quotable Australian artist Alex Cameron since the long-ago days of 2019, when he released his Miami Memory album. Today, Cameron has returned with a new single called “Sara Jo,” a frustrated look at the ways in which the world has changed since 2019. Cameron’s chorus asks a series of unanswerable questions, most of which are centered around his own family: “Who pulled the curtains?/ Who broke the screen?/ Who told my brother that his kids are gonna die from this vaccine?”

Cameron produced “Sara Jo,” and he co-wrote it with his bassist Justin Nijssen. It’s a lush strut with some serious sax-tootling, but all the warmth of the recording doesn’t make it sound any less pissed off. (Mount Kimbie’s Kai Campos mixed the track.) Cameron directed his own video for the song, filming it in Croatia. In the clip, Cameron dances around on a beach, sometimes in a banana hammock, and rocks some serious makeup. Check it out below.

“Sara Jo” is out now on Secretly Canadian.