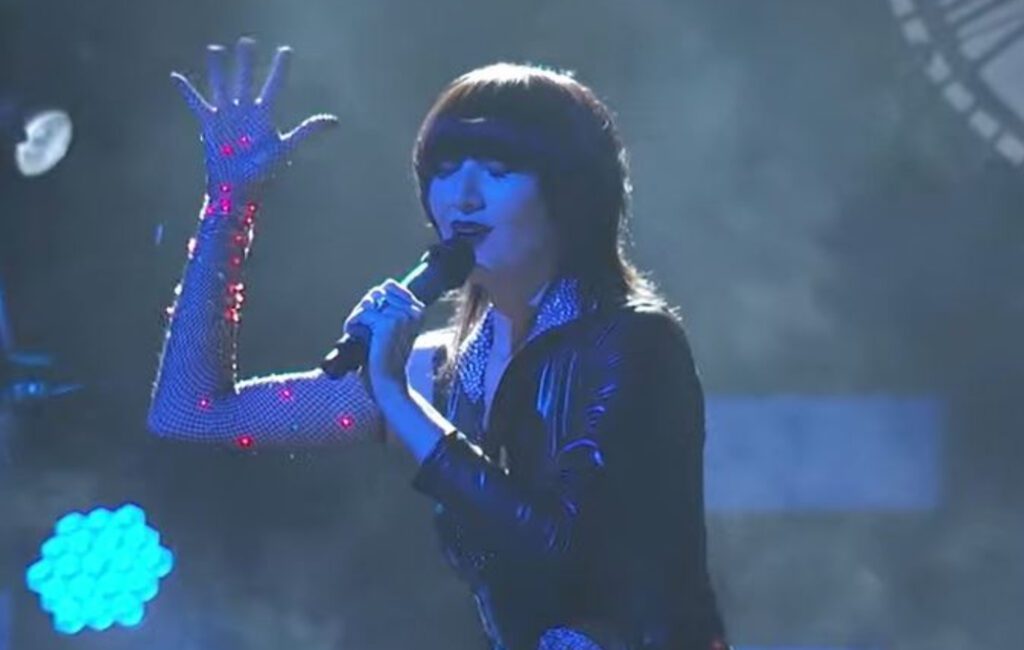 Yeah Yeah Yeahs performed their single ‘Burning’ on the latest episode of Jimmy Kimmel Live!, lifted from their new album ‘Cool It Down’.

The band – comprising Karen O, Nick Zinner and Brian Chase – were the musical guests on the September 30 episode of the talk show, where they performed the ‘Cool It Down’ cut the same day of the album’s release.

With Karen O positioned on top of a faux and fiery rock, Yeah Yeah Yeahs delivered an electric, pulsating performance under cover of smoke and strobes.

Check out the performance below:

The release of fifth studio album ‘Cool It Down’ marked the outfit’s first album in nine years, after the release of ‘Mosquito’ back in 2013.

Yeah Yeah Yeahs marked the album’s announcement with the release of the Perfume Genius-featuring single ‘Spitting Off The Edge Of The World’.

They followed that with the release of another single, ‘Burning’, and debuted the album cut ‘Lovebomb’ at a show in Chicago earlier this month.

In a five-star review of ‘Cool It Down’, NME‘s Erica Campbell noted how the release saw Yeah Yeah Yeahs “focus on a new imaginative future”.

“With ‘Cool It Down’ the trio disregard expectations with ease, bursting through conjectures with tracks that make the apocalypse sound fun.”

Having announced headline shows back in March, Yeah Yeah Yeahs made a return to the UK live stage back in June, adding more dates to the run before it kicked off to meet demand.

In May, the group teased US shows in a novel way when they utilised sky-writing and tennis balls to spell out “YYY”. Yeah Yeah Yeahs later confirmed a US stretch, with headline shows confirmed to be taking place at NYC’s Forest Hills Stadium on October 1 and Los Angeles’ Hollywood Bowl on October 6.