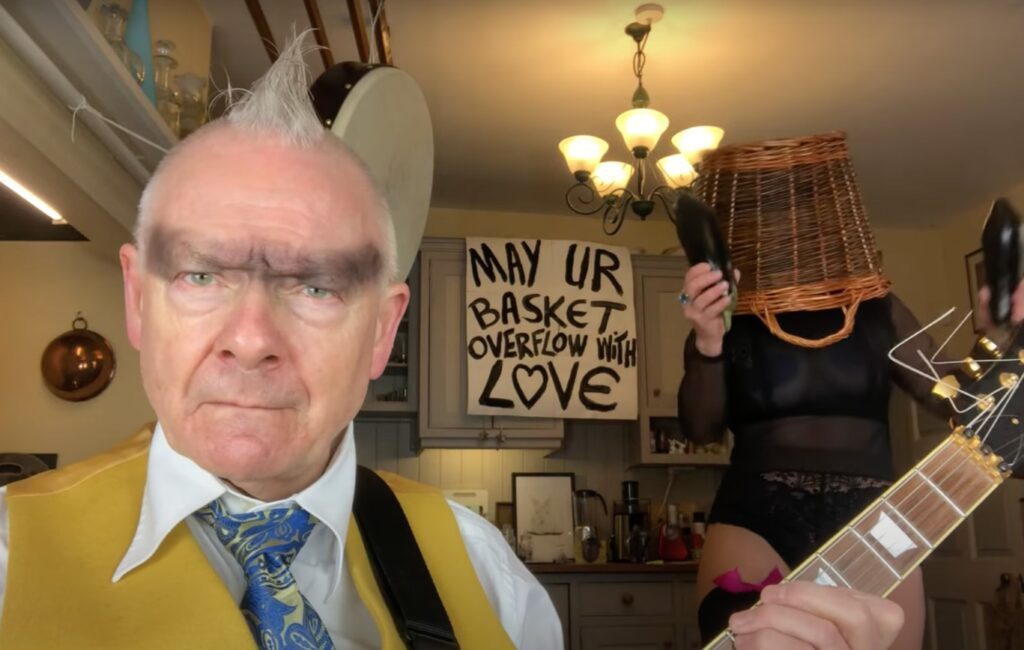 The cover is a part of the pair’s ‘Sunday Lunch’ video series which was launched in 2020. The series has so far seen the couple share renditions of songs by Ramones, Nirvana, David Bowie, Metallica, Billy Idol, The Rolling Stones, Judas Priest, The Prodigy, Guns N’ Roses, Alice Cooper and many more through Willcox’s YouTube channel.

In recent weeks, they’ve covered ‘Bullet With Butterfly Wings’ by the Smashing Pumpkins and delivered their take on The Black Keys’ ‘Lonely Boy’. Last week the pair shared a cover of Neil Young’s ‘Rockin’ In The Free World’ alongside the message “A free world for all is the dogs bollocks”.

Green Day’s ‘Basket Case’ originally appeared on their 1994 breakthrough album ‘Dookie’. For their cover of it though, Willcox put a wicker basket on her head, and played drums with a pair of aubergines. In the background, the pair hung a banner that reads: “May ur basket overflow with love”.

You can watch their latest cover below:

Back in August, Willcox released her 16th studio album ‘Posh Pop’, which she previewed with the single ‘Levitate’ featuring Simon Darlow and Bobby Willcox.

Discussing the album in an interview with NME, Willcox explained how it came about. “When COVID stopped everything last year, it allowed me to concentrate on writing and recording the next album,” she said. “We recorded in Simon’s outdoor studio with just him, my husband and I.

“‘Posh Pop’ was a magical experience created out of the need and ability to make contact with our fans in a heartfelt way. Also the terrifying distance between those who run the world and those on the ground inspired my writing.”

She added: “Working with Fripp in the studio, we just handed him the chord charts the day before and said: ‘We want you to come in and improvise and that’s what we’ll use’. It was spontaneous.”

Green Day are set to bring their rescheduled Hella Mega Tour to Europe this June, with Weezer and Fall Out Boy supporting at all dates.

Tickets are available here, and the dates are as follows: