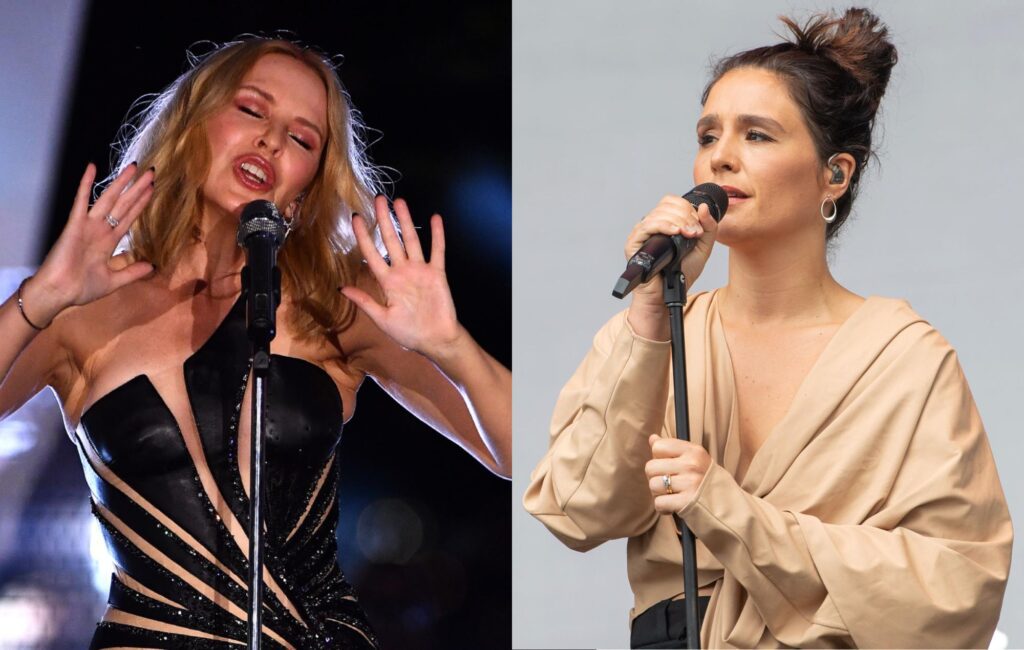 Kylie Minogue and Jessie Ware performed their new collaboration ‘Kiss Of Life’ on the latest episode of The Jonathan Ross Show. Watch the video below.

The song is taken from ‘DISCO: Guest List Edition‘, a new version of Kylie’s 15th studio album ‘Disco‘ from last year. Upon its release, NME gave the album a four-star review, describing it as her “most consistent and enjoyable album in a decade”.

The new album was released on November 13 via BMG and features high-profile collaborators and additional new songs, plus remixes and extended mixes courtesy of Basement Jaxx, Purple Disco Machine, Syn Cole and more. It includes the previously released Years & Years collaboration ‘A Second to Midnight’ as well as new song ‘Can’t Stop Writing Songs About You’ with disco legend Gloria Gaynor.

‘Kiss Of Life’ was written by Kylie and Ware alongside James Ford, Danny Parker and Shungudz.

Dua Lipa contributed to the previously-released Studio 2054 remix of ‘Real Groove on the new record as well as its Initial Talk rework.

Earlier this year, Ware shared new track ‘Please’, taken from the deluxe edition of her latest album ‘What’s Your Pleasure’.

Meanwhile, Minogue recently announced that she’ll be moving back to her hometown of Melbourne after living and working in the UK for three decades.