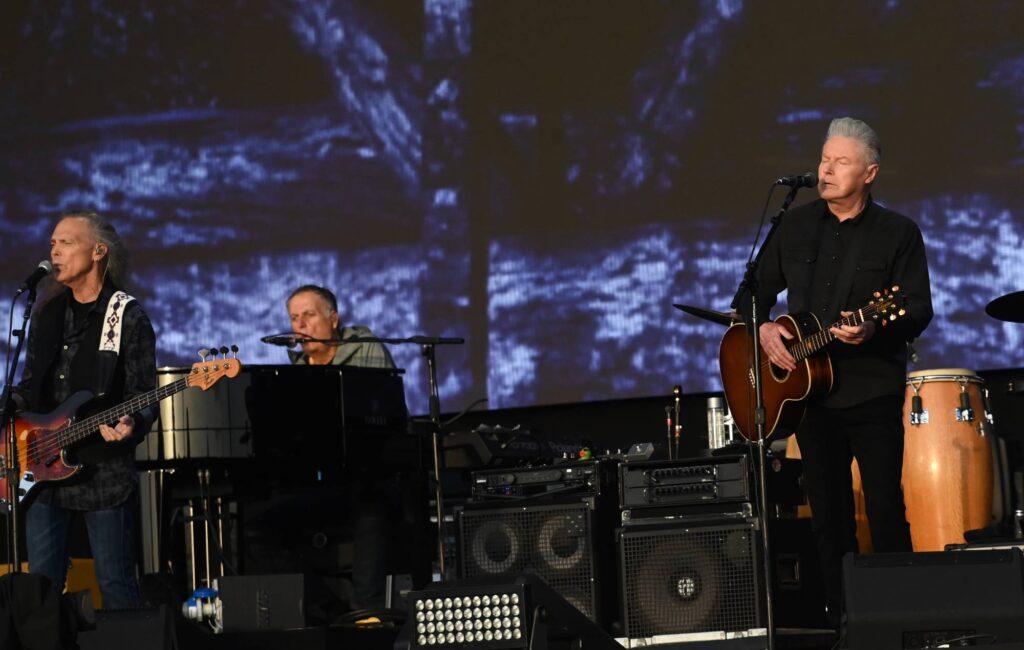 The Eagles hinted during their BST Hyde Park show that it could be their last in London.

Don Henley, Joe Walsh and Timothy B. Schmit, along with Vince Gill (who joined the band in 2017), returned to the UK and Ireland this month for a string of dates in Liverpool, Edinburgh, Dublin and London.

During the show, Henley said: “In case we don’t pass this way again, I want to thank you all for embracing these songs, taking them into your hearts and your homes – we appreciate it.”

During the 23-song set, the band played tracks from across their five decades, including hits like ‘Tequila Sunrise’, ‘Witchy Woman’ and ‘Hotel California’.

In The City with #Eagles 🎸 pic.twitter.com/hxtbB7lnJT

The band also paid tribute to the late Foo Fighters drummer Taylor Hawkins during ‘The Boys Of Summer’. As they played the opening notes, Henley told the audience: “This one is for our brother Taylor Hawkins.”

Elsewhere during the show, John McEnroe made a cameo for the final number ‘Already Gone’, along with his wife Patty Smyth. Deacon Frey, the son of late frontman Glenn Frey, also made an appearance for a cover of Jack Tempchin’s ‘Peaceful Easy Feeling’ and The Eagles’ ‘Take It Easy’.

Kacey Musgraves, Nilüfer Yanya, Gabrielle and more are set to open for the modern pop icon, along with Mahalia, Self Esteem, Tiana Major9, Chrissi, Bonnie Kemplay, Ruti and Tamzene.