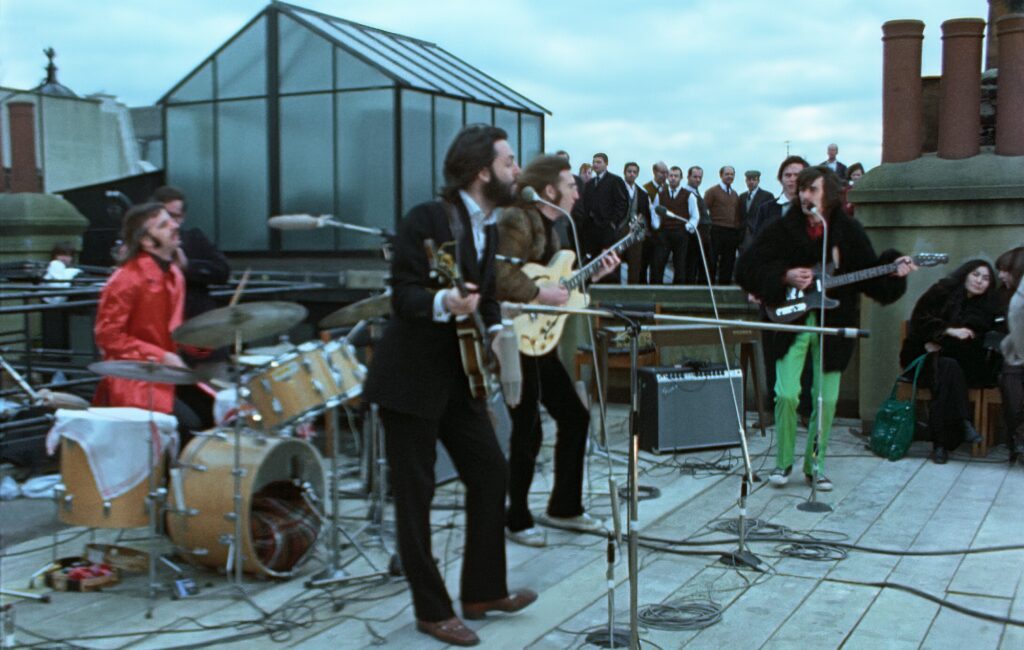 The Beatles‘ famous 1969 Apple Corps rooftop concert will get a screening in London in IMAX later this month.

The Beatles: Get Back – The Rooftop Concert was announced on the band’s official social media pages on Wednesday (January 5), with screenings scheduled to take place in US theatres on January 30. However, a London screening has now been added at Odeon’s BFI IMAX on the same day, starting at 8pm.

Following the screening, director Peter Jackson will take part in a special Q&A, which will be broadcast simultaneously to all IMAX locations in the US and London. Tickets are currently on sale here.

The 60-minute film of the Beatles’ landmark performance at their Apple Corps’ Savile Row headquarters follows Jackson’s three-part documentary The Beatles: Get Back. While the concert is included in the film, the screening will celebrate 53 years since the band’s final public performance, with footage and audio remastered and optimised for IMAX.

Speaking of the concert film, Jackson said: “I’m thrilled that the rooftop concert from The Beatles: Get Back is going to be experienced in IMAX, on that huge screen. It’s The Beatles’ last concert, and it’s the absolute perfect way to see and hear it.”

Get Back is Jackson’s accumulation of nearly 60 hours of unseen footage from the recording of ‘Let It Be’. The material was originally meant for American filmmaker Michael Lindsay-Hogg’s 1970 documentary, which covers the making of the band’s final studio album.

In other news, it was announced that The Beatles: Get Back was primarily watched by people over the age of 55, according to Nielsen statistics.

After its release on Disney+ on November 25, 503 million minutes were also streamed across the three episodes over the first four days, including Sunday, November 28.