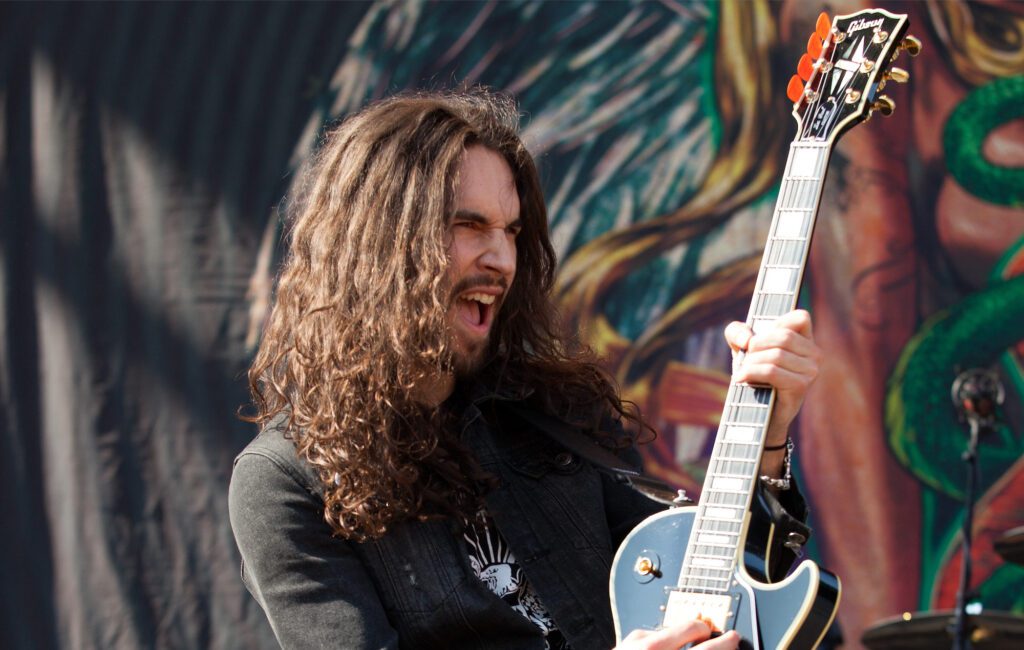 Frank Sidoris – best known for his role in Slash’s band The Conspirators, as well as Wolfgang Van Halen’s Mammoth WVH – has confirmed that he and wife Alexandra were involved in a serious car accident over the weekend. The guitarist has described the accident as “a truly traumatic experience”.

In a post shared to his Instagram yesterday (October 11), Sidoris explained that the couple were en route to Los Angeles when the crash happened, with the motorist at fault driving a pickup truck hauling “a van of illegal weight on a single axle trailer without brake lights or turn signals”.

“The driver hit his brakes on a downhill causing the weight of the van and trailer to push the pickup directly in front of us,” he said, “making him completely perpendicular to the left lane we were in giving us nowhere to go except the desert median. We clipped the front of his pickup truck which sent us airborne over a drainage ditch, crashing head-on in to the other side.”

Sidoris noted that although he escaped the incident without any serious injuries, it was “a truly traumatic experience”. Alexandra sustained fractures to her L1 vertebrae and right ring finger, which Sidoris said “are mendable through surgery and months of physical therapy”.

Take a look at Sidoris’ full recount of the incident below:

Sidoris is set to appear on the upcoming fourth album by Slash featuring Myles Kennedy & The Conspirators, expected to land in 2022. Last week, Slash described the as-yet-untitled record as “probably the best one we’ve done so far”, with the band “showing no signs of slowing down”.

Sidoris joined the group in 2012 as a touring guitarist, performing on their world tours in support of that year’s ‘Apocalyptic Love’ and 2014’s ‘World On Fire’. He made his debut as an official band member on 2018’s ‘Living The Dream’. Before linking up with Slash, Sidoris was the rhythm guitarist for Las Vegas pop-rockers The Cab.

His tenure with Mammoth WVH began in 2015, when Van Halen approached him to join upon the group’s founding.