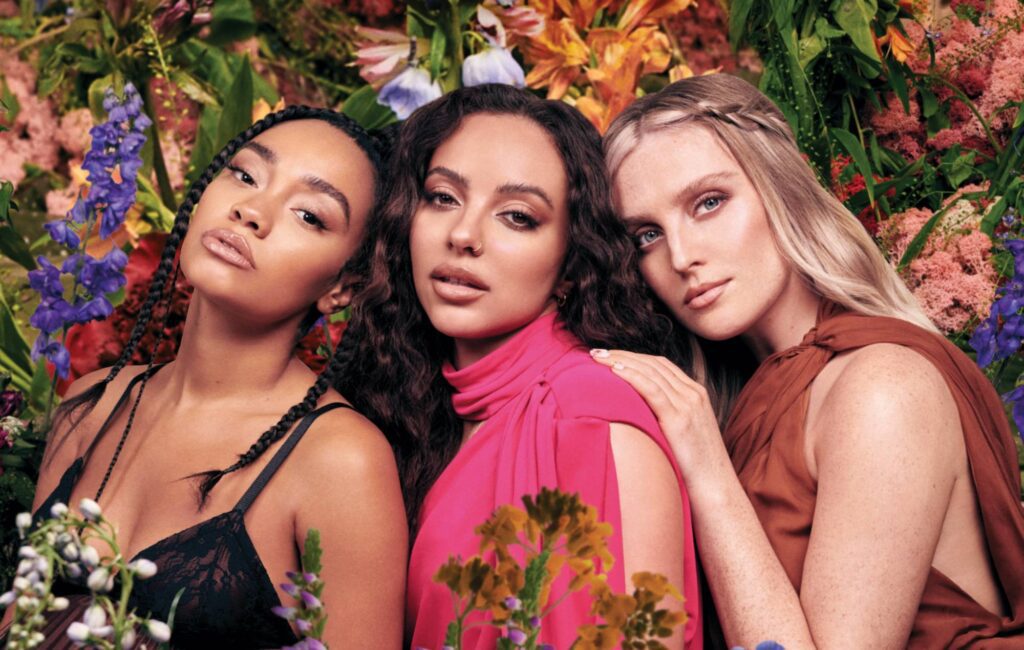 Perrie Edwards has said she wants Little Mix to try their hand at making a pop punk record, saying it would be “right up my street”.

Recently, the likes of WILLOW, Machine Gun Kelly and Olivia Rodrigo have released records inspired by pop-punk, while a new wave of artists like Chloe Moriondo, Meet Me @ The Altar, KennyHoopla and JXDN have helped reignite interest in the genre.

And now, speaking to DIY, Perrie Edwards has said that Little Mix could make a pop-punk-inspired record in the future. “Olivia Rodrigo and the whole comeback of that sound – that’s right up my street,” she explained.

Earlier this year, Self-Esteem praised the band on their “punk” approach to music. “If you listen to a Little Mix song, they’re fucking wild production wise,” she told NME. “They take risks on production that you would never hear a guitar band do – and that’s more punk to me than a punk band sounding like every other punk band.”

Elsewhere in the new interview, Jade Thirlwall praised K-pop and the culture surrounding it. “One thing I do love about K-pop is that it is unapologetically pop, and the culture respects and uplifts that idea,” said Thirlwall, who co-wrote songs for TWICE’s mini-album ‘A Taste Of Love’.

“There’s no judgement of how a song should behave; you can write a pure pop song, be really playful with it, and those bands praise it and enjoy it. It’s not too far off what we do – just maybe a bit more tongue in cheek at times.”

Little Mix recently celebrated their 10th anniversary with the release of new album ‘Between Us’. The record features some of Little Mix’s biggest hits alongside 5 new tracks, including recent single ‘No!’.

Leigh-Anne Pinnock said: “We knew this song had to be a single. It feels like a classic Little Mix track, but also fresh and new at the same time,” with Edwards adding, “after 10 years we still love getting in the booth and being creative, especially when you’re recording a song you’re excited about.”