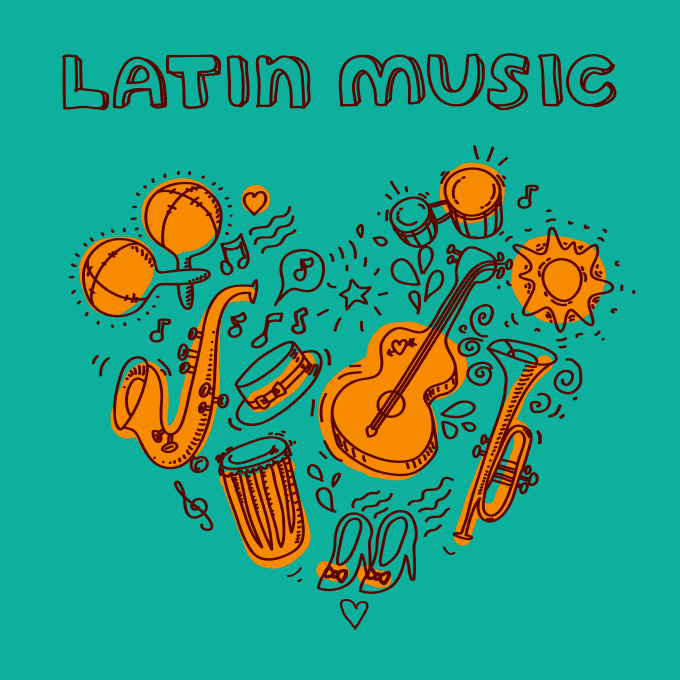 Música Latina is being told to be a show-stealer of the 2021 music industry!

With hits like Billie Eilish and Rosalía collab on “Lo Vas a Olvidar” stealing the charts, Latin music is conquering all the other genres. We put together a list of 6 Latina artists you MUST check out and stream before they blow up!

Matt Hunter, the young multiplatinum artist of undoubtable talent, is one of the Latin music scene’s distinguished promises of the new generation.

Matt got into the entertainment world in 2009, playing the lead voice to the well-known character Diego, of the children’s show Dora the Explorer and later to Go, Diego, Go!. Meanwhile, he started uploading videos on his YouTube channel singing and playing the guitar and rapidly gained recognition and became viral in Latin America. In 2011, he decided to start his professional career in the music industry. This same year he released his first single, “Mi Amor,” and since then his fame and mark in the industry has continued to grow more and more.

He has earned numerous nominations and recognitions, amongst which stand out his nominations to Premios Juventud as “Youth Revelation” and “Favorite Pop Artist”, having sold-out his headlining show at Movistar Arena in Chile, and others.

Bio: Possessed of a rich, dramatic, tenor singing voice, a storyteller’s gift for narrative, and dazzling instrumental skills, Sonoran musician Carin Leon is a triple threat: He is the chief songwriter, guitarist, and producer of the charting Mexican Regional band Grupo Arranke, a professional songwriter for artists including Christian Nodal, Cutaes de Sinaloa, and Adriel Favela, and a charting solo artist. His artistic mission lies in recovering the roots and ranchera essence at the heart of Mexican Regional music. Leon’s songs constantly blur the lines between ranchera, banda, mariachi, and corridos. Since launching a solo career in 2018, Leon has recorded more than 80 songs; these include the Top Ten Mexican Regional hit “Me La Avente,” from 2019’s popular full-length El Malo. He remains a member of Grupo Arranke, a charting machine all on their own.

California-based trio Eslabon Armado’s name translates as “linked chain.” Illustrated by their interlocking three-part vocal harmonies, woven acoustic guitars, and basses, the group’s music re-frames the Regional Mexican music of ranchera with the language of “sierreña music,” the “music of the mountain ranges.” While the rhythms and melodies are similar to those found in norteño, the (mostly) guitars-and-vocals-only approach creates a similar feeling to that of campfire music played by wandering campesino minstrels. The group’s first two singles, “Con Tus Besos” and “La Trokita,” both came out of nowhere to place on the upper rungs of the Regional Mexican, Latin Songs, and Latin streaming lists. Their 2020 debut album, Tu Veneno Mortal, reached number one on the Mexican Regional Albums chart — the first of three chart-topping long-players the group issued in ten months.

Eslabon Armado was founded in 2017 by three teen friends: lead vocalist and requinto guitarist Pedro Tovar (also the band’s songwriter), guitarist/harmony vocalist Gabriel Hidalgo, and acoustic bassist/bajoloche player Bryan Tovar, who also sings harmony. As individuals, the trio’s members were deeply influenced by the music of their parents’ generation. Before branching out to write original material, they’d studied and played ranchers and norteño music since they were small children. As teens, however, they absorbed the inspiration of sierreña music as played by its most important practitioner: the late, chart-topping Regional Mexican artist Ariel Camacho with Los Plebes del Rancho. After his passing in 2015, a gap remained in the genre. When Eslabon Armado formed (they were named by Pedro and Bryan’s father, an amateur songwriter), they pursued a slightly different approach. They sought to create alternative music that melded various instruments, all while based on the guitar approach of the sierra style. The trio released live videos to YouTube and other social media channels. Unbeknownst to them, their videos and songs had been heard by Del Records’ boss and impresario, Ángel del Villar. He sought them out and signed them before any other label could.

Born in Miami, FL, and raised between Venezuela and Puerto Rico, music was always an unwavering constant in Elena’s life, with her love blooming for expressive art at an early age thanks to her musical mother and grandmother.

Driven by the innate need to communicate her deepest thoughts and emotions, Elena’s natural aptitude for writing seamlessly carried the young star from penning eloquent poetry to crafting her own songs. After first falling in love with performing as a child, by the time she was 19, she realized that the music industry was where she needed to build her career, and following in the inspiring footsteps of her grandfather, a self-made businessman, she courageously left the security of her family in Venezuela to head back to Miami and pursue her own dreams.

Embracing the rich and colorful diversity of her new hometown, Elena started over again, working her way up in the local music scene by playing shows in the smallest venues around Florida before working as a demo singer. Since breaking into the industry, she has co-written a string of hits for the hottest artists in Latin music: CNCO’s “La Ley,” Becky G’s “Dollar,” Emilia’s “Policia,” Rauw Alejandro’s “Tattoo,” and more.

Trap   He is originally from the city of Obregón in Sonora Mexico. The 22-year-old has had a great passion for music for as long as he can remember and finds it fascinating to connect with other people through his music. His whole life has been competition with himself, as he always tries to overcome each achievement with a bigger one, surpassing himself no matter the circumstance. While most only see one side of a coin Edel has always been intrigued to understand how a coin was created in the first place. He is obsessed with the idea of creating through what he lives and experiences and that feeling such as sadness, happiness, love, loneliness, and understanding the feelings of others. For Edel music is not just a sound, music is an art, and it is the perfect tool for people like him who live to create content based on their experiences. “It feels good to be heard by people who believe in you without evening knowing you without knowing about your life, or who you are.”

As of January 1, 2019, it has more than 3,330,000 followers on its youtube.com/AriannCMusic channel, more than 455 MILLION views, 50000 followers on Facebook (Ariann Music), 60,000 followers on Twitter, 1.7 Million. on the TIK TOK – MUSICAL.LY network, 740,000 followers on Instagram, 1.4 million on LIKE. She was the youngest Spanish singer girl to obtain the “YOUTUBE GOLD BUTTON” on June 10, 2017 and recognized by Nickelodeon.TV as the “Best Spanish Influencer 2018” He currently attends singing classes with his mother singing teacher Sabrina Lemus and 1st year of professional cello degree at the Professional Conservatory of Music with Rafael Trujillo and professional dance classes with various choreographers at the school MMDANZA.