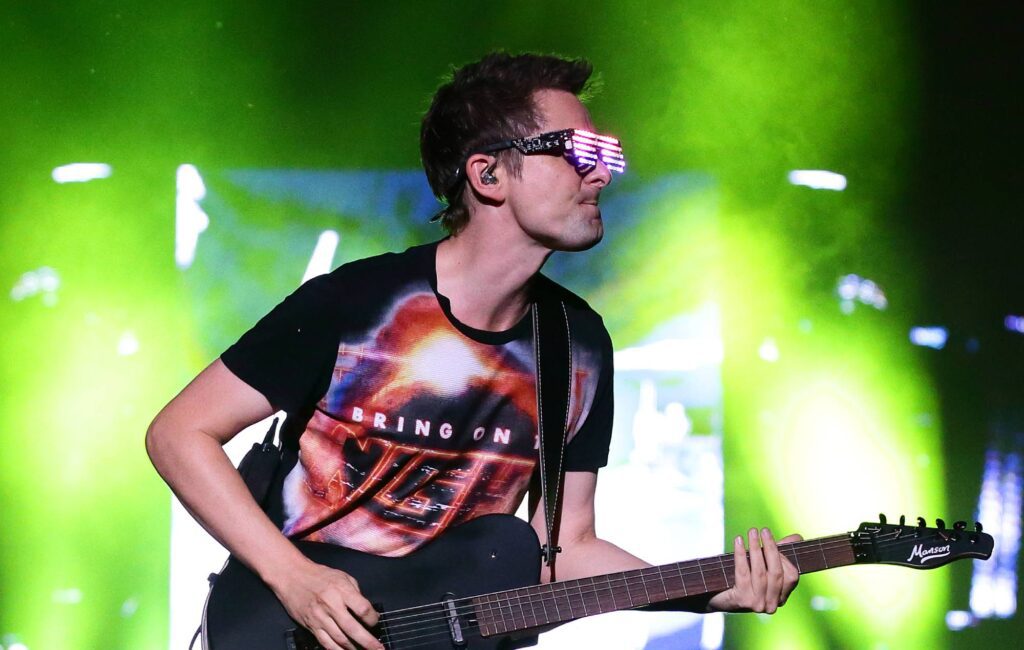 Muse have teased more new music with a clip that their fans are speculating also provides a first glimpse of the band’s new album artwork.

The Teignmouth trio returned in January with the track ‘Won’t Stand Down’, which was the first preview of the band’s as-yet-untitled ninth studio LP.

Muse have shared a new 35-second video teaser this afternoon (March 9), which fans of the band believe concludes with a first look at the band’s next album artwork.

In the cinematic clip, a crowd of hooded figures wearing shiny masks pull down giant busts of the three Muse members – Matt Bellamy, Chris Wolstenholme and Dominic Howard – on the outskirts of a windswept desert city.

After the busts are toppled by the crowd, the three heads are then seen lying on the ground – before the camera angle is then adjusted to fit the typical dimensions of an album cover, suggesting that this will likely be the image that will serve as Muse’s next album artwork.

The video teaser is also soundtracked by what appears to be a snippet of Muse’s next single, with the lyrics “the will of the people” being chanted repeatedly as the clip builds to a climax.

Muse will headline the Isle of Wight Festival in June alongside Lewis Capaldi and Kasabian.

The three-piece are also set to top the bill at a number of European festivals this summer, including Berlin’s Tempelhof Sounds and Madrid’s Mad Cool Festival.