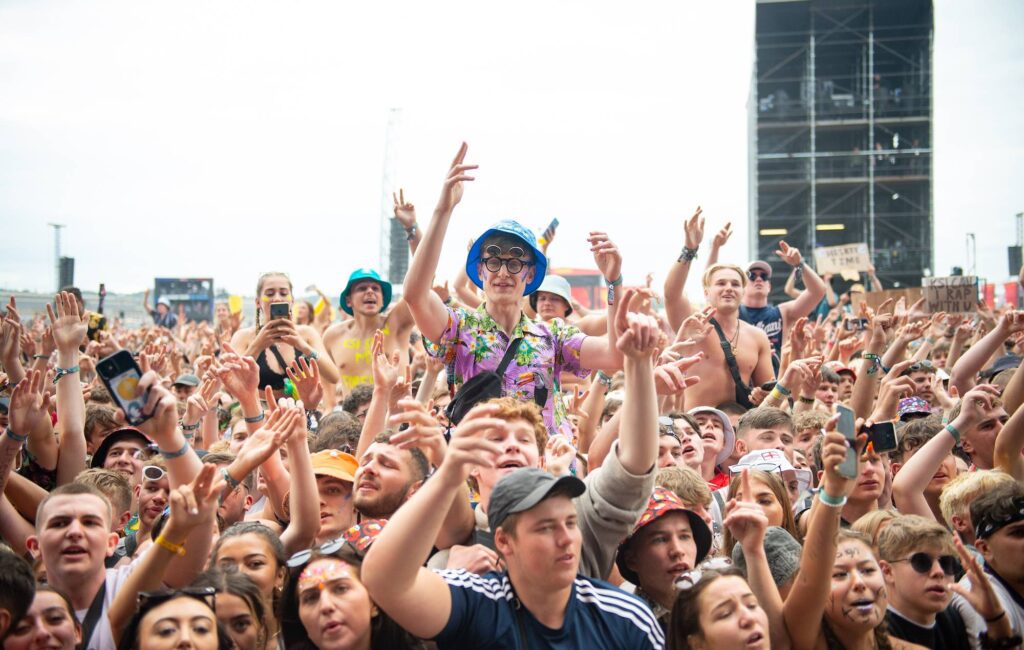 To mark World Mental Health Day 2021 today (October 10), mental health charities and musicians have spoken to NME about the pressures still facing young people as the UK exits lockdown, and the importance of reaching out for help.

England lifted nearly all of its COVID-19 restrictions on July 19 this year, paving the way for live music and festivals to return to the country as the vaccination rollout continues.

When a number of mental health charities spoke to NME back in March to mark one year since the first coronavirus lockdown was announced, they reflected on “an incredible and dramatic year for increased demand” for their services.

While the return of live music has been a welcome relief for so many, a lot of musicians, crew and young people are still struggling to adapt to the new normal, as well as dealing with the pressures of a return to socialising and performing.

The simple narrative that the lifting of lockdown correlates entirely with a lessening of mental health problems and anxiety couldn’t be further from the truth, as a number of organisations and musicians have told NME – and those who are still struggling are being encouraged to reach out for help.

“There’s this perception that you should be feeling better now, which is a very difficult thing for a lot of people to deal with,” Simon Gunning, CEO of the mental health charity CALM (Campaign Against Living Miserably), told NME. During the first lockdown last spring, CALM saw a 34 per cent increase in the use of their free helpline, which then increased to 44 per cent during the second lockdown before Christmas.

The highest increase in demand from those seeking help, though, came as lockdown was lifted this July.

Worried about what the future holds? Our helpline & webchat are open from 5pm until midnight. Call us on 0800 58 58 58, or chat to our trained helpline staff online.

No matter who you are or what you're going through, it's free, anonymous & confidential.https://t.co/AynQL2UZJ2 pic.twitter.com/jjv03YjQT5

“In lockdown, we were told to go into a position of safety from danger,” Gunning added, “and there’s something very human about being told to go to the back of the cave. Now when we’re then told to go back out into danger, after so many people’s anxiety levels have been rising heavily over lockdown, putting yourself in a position of vulnerability is very difficult.

Those who are struggling are encouraged to get in touch with CALM via their helpline, which is manned by trained professionals and open from 5pm-midnight, 365 days a year.

On October 30 the charity are also hosting their Lost Hours Walk, which allows people to walk through London as the clocks go back, remember those who they have lost to suicide and find strength in community.

“The principle is, ‘What would you do with an hour if you managed to get an hour back with the person you’ve lost?’” Gunning told NME of the forthcoming event. “It sounds like a sad situation, but it’s very defiant and celebratory.”

After more than a year of being unable to tour, musicians are now returning to the live stage. While it can prove to be a celebratory thing to be able to play live again, some fears remain for many touring musicians.

“It’s still quite an overwhelming period where musicians are trying to make sense of the situation and understand it,” Joe Hastings, who runs the Music Minds Matter organisation at Help Musicians, told NME. “A lot of people we’re speaking to are experiencing performance anxiety and are quite worried about getting back on stage.

“A lot of people are feeling pressure to do as much as they can. There have been 18 months where they have been unable to work or earn, and there’s now a lot of pressure packed into a very small period of time.”

The number of musicians who are reaching out for help and advice from Help Musicians has continued to increase, even after lockdown was lifted. Musicians seeking counselling through the Music Minds Matter service has increased by 94.4 per cent this year compared to the same period in 2020, with some of the key concerns including financial worries and thoughts of leaving the profession.

One musician who has experienced drastic changes over the past two years is alt-J drummer Thom Green. Describing himself as “very high-risk,” Green was ordered to begin shielding at the start of the pandemic, pausing work on the band’s new album, and has continued to do so for much of the last 18 months.

“I was extremely cautious when coming out of lockdown. I took it pretty seriously, and thought I could easily catch COVID,” Green, who received his third vaccination last week, told NME.

“It’s difficult being high-risk, because if I go to a bar I am very aware of it, and unfortunately for me the vaccine is not as effective as it is for most people. No one has taught me how to make these decisions: do I go out and live my life, or try and avoid something that could be really serious if I catch it?”

Green added: “I’m someone that’s had mental health problems my whole life, and at times the pandemic made it a lot worse. There were periods of really difficult depression and hopelessness. I’m sure a lot of people might look at me and say, ‘You’re successful and are in a band for a living, why are you feeling like this?’. And that proves that it doesn’t matter who you are. It’s different for everyone, and sometimes I had the same thoughts: ‘Why am I feeling so miserable? I’ve got everything that I need, but I still can’t get dressed in the morning’.”

Another charity that is helping musicians with their mental health issues, financial worries and more is Music Support, whose Managing Director Eric Mtungwazi told NME: “It’s still a long, long road ahead for many. We’ve seen a 60 per cent increase in incoming calls on our helpline, and a lot of people are experiencing lots of anxiety about going back to work.

“Amidst what has been a really challenging time, a lot of musicians we have spoken to have found that they’re a lot more resilient and more adaptable than they thought they were,” Mtungwazi added, while also revealing that, during and after lockdown, Music Support has experienced a large rise in those getting in touch to begin training for mental health and addiction support.

“People want to know, as a non-clinical expert, how they can help a peer that is struggling, and help guide people towards recovery. We’ve seen an uptake on mental health First Aid training from industry professionals, and an increase in demand for our addiction and recovery workshops.”

Echoing this idea of community being key between those in the music industry, Hastings said that Music Minds Matter are currently in the process of setting up a national network of support groups for musicians.

“Musicians were telling us that they wanted to talk to other musicians about these issues,” Hastings told NME. “They wanted to engage in peer-led support, and share experiences and challenges. The idea of these groups is to encourage conversations that are led by experts, and there will always be a psychotherapist in the room with the group. They’re proving popular and successful.”

Discussing what he believes people can do when faced with feelings of depression and hopelessness, Green – who will begin a US tour with alt-J next February that comes on the back of their fourth album ‘The Dream’, including a show at New York’s Madison Square Garden – said: “I would like to believe that I could use any platform I have to let people know that the feelings of depression and anxiety and mental health problems are more common than people think, and there are ways to help yourself; and it does get better.

He added: “The worst thing is somebody suffering in silence. I’ve experienced it before, where I’ve not been educated or aware of what was going on in my brain, thinking that I will never be who I was or who I want to be. It’s an awful feeling.

“There is a lot of shame that comes with feeling things, and people around me being honest about how they feel about things really helped me, and it reminded me that there is no model for being, and no one way to be. I’m trying to embrace myself a bit more.”

Encouraging those in need to speak out in order to receive support from the music community, Green concluded: “There are probably a lot of young people that read NME and are involved in the music scene and might be feeling like there’s something off, or they’re worried about how they feel.

“It’s really important that as many people as possible in the community let each other know that we’re there for each other.”